Building a new company and branding strategy from scratch 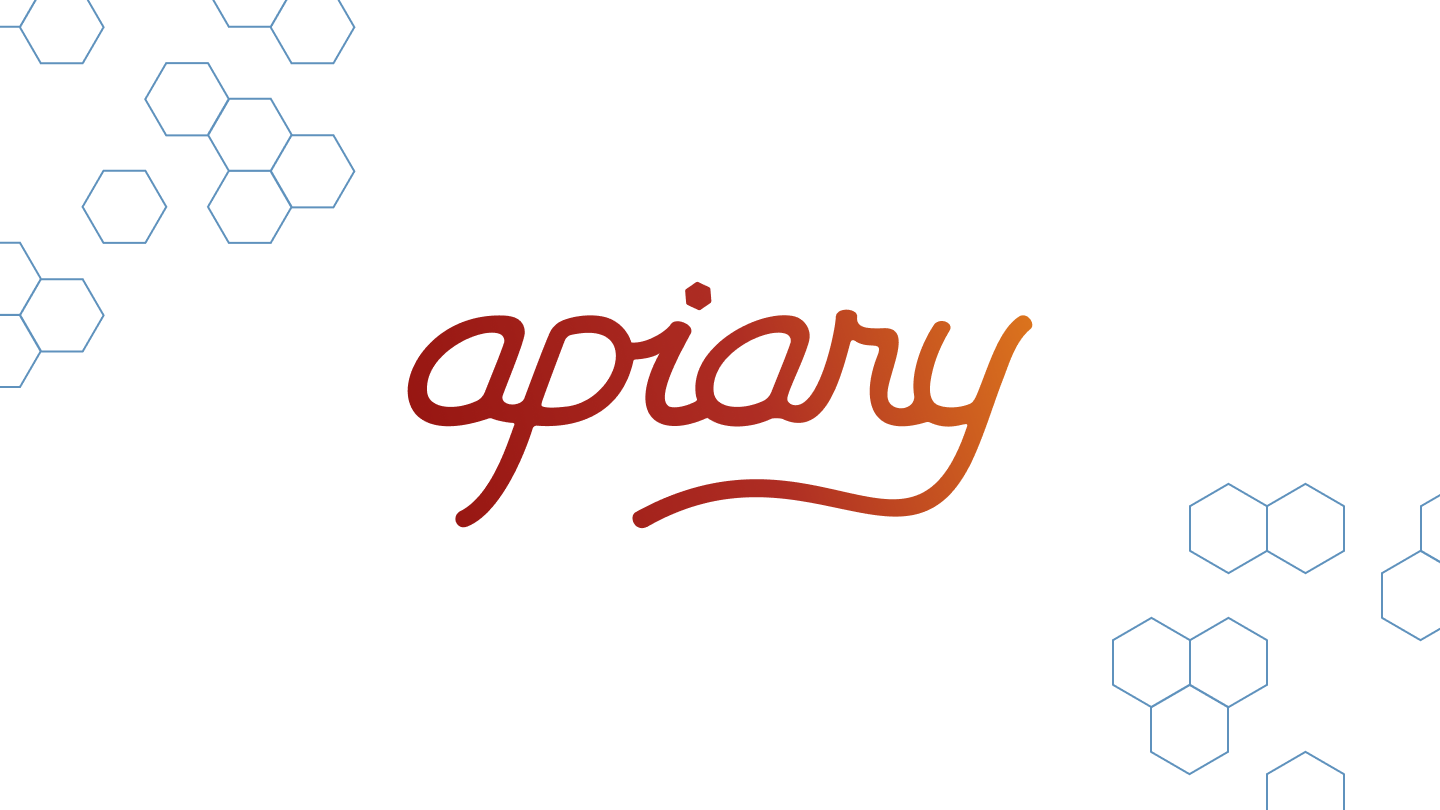 Apiary was born when Foundry took on a totally new kind of project: building a new company from the ground up. The vision was a sibling organization built to help startups who already know what they need find solutions - an a la carte process that prioritizes folks at the beginning of their career and creates a space for growth.

What's in a name?

We established that ‘it’ should feel related to Foundry without being derivative of it, and be positioned as an approachable resource for startups as well as an opportunity for designers and developers early in their careers. Our aim was something classic, tried and true; well-loved because it always works, not because it's slick or trendy.

Our generative mind mapping began with three words: Reliable. Trust. Solid. Brainstorming from there, we found ourselves drawn to organic ideas, as well as concepts emphasizing order, structure, and hierarchy. They began to coalesce around the idea of beekeeping, combining the raw, organic element of honey with the order and rigor of a hive & colony. We landed on Apiary, which gave us both the connotative and aesthetic effect we wanted. 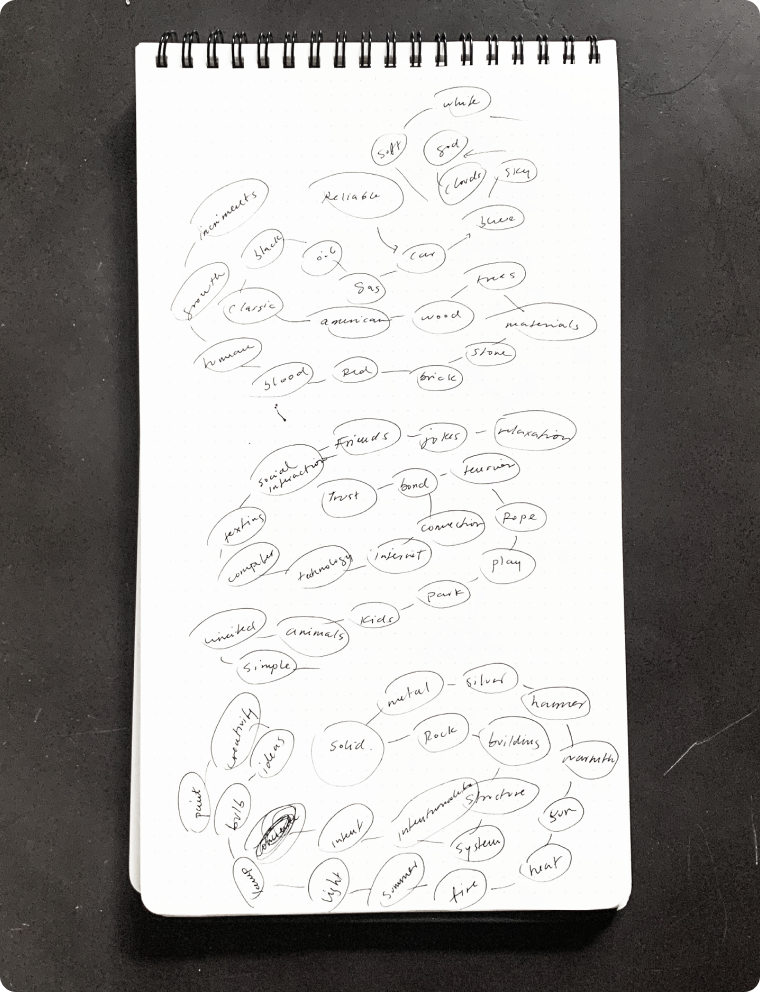 When it came to the logo, we weren't interested in being literal or whimsical, but did want to retain the feeling of something organic. The ideal treatment would be something not too "clean" or geometric, but with roundness and movement instead. We came back to beekeeping and zeroed in on 'bee dances,' the algorithmic patterns in which bees move to signal and communicate to other bees. Drawing from this inspiration, we decided to focus on ligatures and some judicious use of a hexagon shape, locking in on a favorite sketch that utilized these elements as well as an appealing flow in a completely custom logotype. 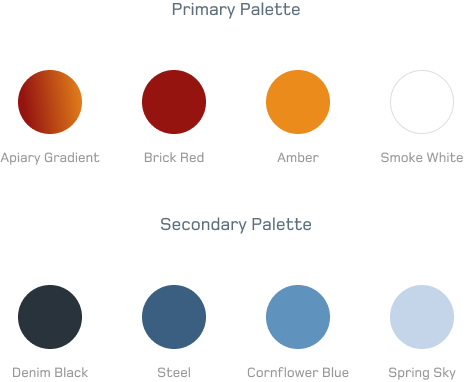 We continued to explore the delicate tension between something technical and something organic in the brand's color story, balancing both warm honey brown tones with a cool, authoritative blue. It speaks to the warmth and human element we're focused on in fostering the growth of young designers and developers as well as building relationships with new startups.

Our approach was to visually suggest some of the organized chaos of an apiary - bustling work and fresh new life as well as efficient hierarchy and focus. 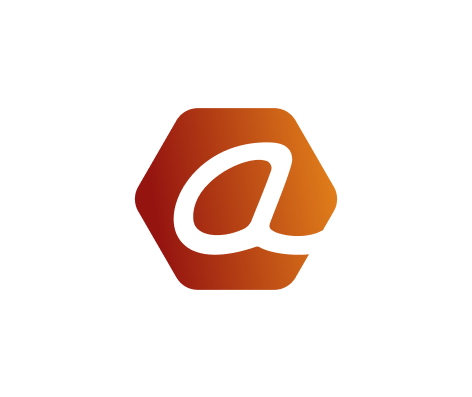 Planning for the cross-platform lifespan of Apiary’s brand, we developed an icon that drew from some of the same visual inspiration as the logo for use in smaller spaces. We liked the shape of Apiary’s “a” and saw an opportunity to bring in the hexagon shape in a satisfying and natural way.

In expanding the brand, we revisited the hexagon shape and idea of a honeycomb pattern; we were interested in its origin as something scientific and gridded while also bringing some organic warmth. The pattern offers three variations. In the filled variation above where the hexagonal grid has color blocked cells, each cell that uses a primary color must be in ratio with at least three secondary cells (3:1) to maintain the correct visual balance. In all the variations the elements can have negative space or ‘missing’ cells, but we found it important that the colored cells were organized around the negative space as if it still contained other hexagonal cells, not randomly as if floating in space. 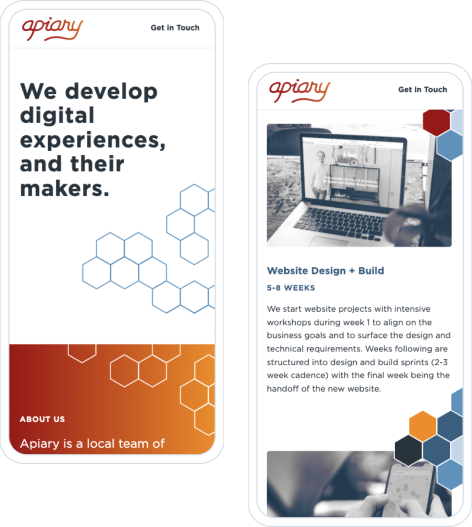 In the finished product, the brand comes across as balanced and solid, conveying warmth, growth, and organic connection as well as technical capability, proposing that when you work with Apiary, these aren't mutually exclusive experiences. This balance establishes Apiary's key values: approachable, curious, kind, and confident.