Remember public gatherings?  The energy of a crowd, the delight of running into old friends or meeting new ones.  The excitement of exploring a new environment and discovering -- a hands-on workshop, a spontaneous discussion, a tasty drink,  a cool souvenir.  Walking out the door into a warm summer evening with mementos you can hold in your hand and the laughter of people sharing questions and insights.  There’s something special about being there in person.  But just a few weeks into nation-wide social distancing, cancellations and postponements have filled our inboxes, and all of that IRL inspiration seems like a distant memory.  Brick and mortar is on hold, and virtual has become the new normal for classes, concerts, meetings, lectures, the list goes on.

Obviously, for someone (like me) fortunate enough to have up-to-date devices and a fast internet connection, there are some positives to the sudden widespread availability of remote events.  I can see my favorite musicians perform from their homes across the globe, without having to wait in line.  I can take a yoga class from my living room without having to navigate rush hour traffic.  I can hang out on Zoom with friends from across the country because it apparently took a global pandemic to make us realize that it’s a completely reasonable way to stay in touch!

Still, I maintain that there’s always going to be something special about events that draw groups of people together into the same physical space.  Whether they travel around the block or across the ocean, everyone in attendance has a shared commitment to a time and place -- and to each other.  But while safety puts a limit on our ability to congregate, we can still take some time to connect with inspiring new ideas.  For anyone interested in the intersection of creativity and technology, a great place to start looking for that inspiration is Eyeo.

The Eyeo Festival is a gathering that takes attendee community-building as seriously as its top-notch roster of speakers.  The festival’s slogan, “Converge to Inspire” sums up its ethos.  Eyeo (Think of the pronunciation as “Eye Oh” or “I/O,” depending on how tech you are), is a week-long conference held annually in Minneapolis.  It’s roughly equal parts academic conference, tech industry networking event, and educational skill-share workshop… with a healthy dose of party.

Eyeo attracts presenters and attendees from around the world to engage in talks and workshops on topics ranging from creative coding and data visualization to culture and ethics.  Don’t worry if you’ve never heard of it -- despite enjoying widespread acclaim, the festival is intentionally a well-kept secret.  At 2019’s opening event, organizer Dave Schroeder talked of intentionally limiting the size of the festival in order to maintain an inclusive community atmosphere without the kind of overcrowding and tiered-pass stratification that can afflict larger events.

The result is a remarkably open and casual atmosphere.  Last year, on the first day of the festival, I found myself in a breakout discussion with a lead operations engineer from Apple, a UX designer from the New York Times, a contemporary artist from Munich, a couple of college students, and 10 other technologists of varying backgrounds.  We were all passionate about creative applications of technology, we all were at Eyeo; in that moment, it made perfect sense to be sitting around a table together, learning about linked data in libraries, sharing ideas.  Of course, the side effect of keeping the festival small is that it fills up fast, and tickets are not cheap.  Nevertheless, the organizers offer some scholarships and fellowships to keep the event accessible to students, artists, and people from marginalized communities.

The Next Best Thing

June of 2020 would be the 10th year of Eyeo, but as with most large public gatherings, it has been cancelled this year to help prevent the spread of the COVID-19 virus. I had been looking forward to this year’s round of talks, discussions, and workshops -- but also to the impromptu coffee hangouts between sessions, the after-hours parties, the lunchtime skill-shares.

Instead of dwelling on what we’ll miss out on, this is a perfect time to rediscover some of the inspiring ideas presented in past years.  Luckily for the quarantined, Eyeo offers free access to its entire archive of videos from 2011-2019.

I’m going to share a few personal recommendations from when I attended in 2019, but I encourage you to browse through all the titles to get a feel for the awesome range of topics and perspectives.  For now, we’ll have to stay inspired without converging -- here’s hoping that next year can bring a delayed 10th anniversary for Eyeo, and many more safe gatherings in public.  We’ll all appreciate sharing space together that much more.

I’m going to start my recommendations off short and light, as Eyeo does with their series of 5-minute ‘Ignite’ talks on opening night.  A standout from last year’s Ignite talks was Emily Saltz’s funny and thought-provoking investigation of how Google’s autocomplete reflects the fixations, neuroses, and biases of the people who use it: us.

Sara Schnadt’s background creating intricate 3D art installations has led her to the incredibly cool job of being a UX designer for NASA’s Jet Propulsion Lab.  I’m not planning any missions to outer space (yet), but I share Schnadt’s career trajectory from art to UX.  I’ve always seen some natural parallels between the way artists and designers rethink complex systems and find ways to communicate new perspectives.  Schnadt’s insights on the subject are thoughtful and profound.  Plus, missions to space!  Come on!

An American artist based in Berlin, Adam Harvey explains some of the science and statistics of facial recognition technology, while sharing some shocking findings from his research into the murky emerging market for facial recognition datasets.  Spoiler alert: nobody asked your permission before selling a detailed model of your face to the highest bidder.  In addition, Harvey shares some of his inventive and subversive art projects, which combine fashion design and tech to address issues of surveillance and personal freedom.

Amon Millner is a professor of computing and innovation at Olin College, and one of the inventors of the Scratch programming platform during his time at the MIT Media Lab.  I loved the way Millner’s talk shares his personal experiences -- his parents’ divorce, his childhood realizations about racial bias, his early discovery of computers -- to explain how his phenomenal work in technology and education has grown to where it is today.

Amsterdam-based Data Scientist, Nadieh Bremer takes us behind the scenes of some of  her work in data visualization, on subjects as diverse as astronomy and homelessness.  She demonstrates how thoughtful analysis of data can reveal surprising connections, and how the subjective choices of a designer can influence our perception of that data’s significance. 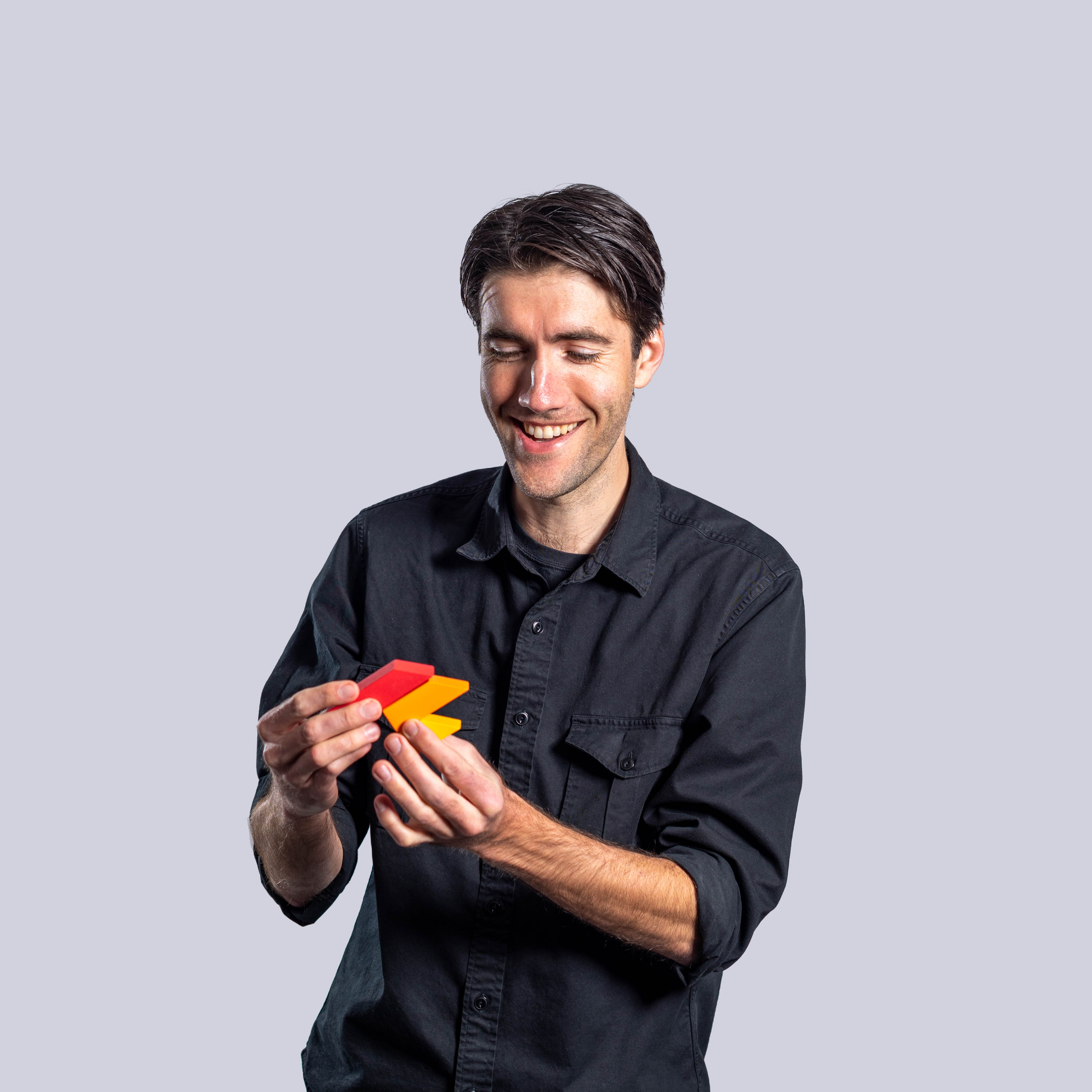 Unendingly inquisitive, Jonathan's approach to product design places product utility and user empathy at the forefront. Though we haven't yet received a laudatory letter praising Jonathan's design direction from a user, it's fully expected. In response to such a letter, Jonathan might treat that user to a solo cello concerto or a fresh batch of fermented veggies.

Got a big idea? Let's see what we can make of it.