How Would We Redesign That?

Since you can’t eavesdrop on Foundry office conversations these days, I will tell you a not-so-secret secret. At Foundry we love to debate. Our debates are much more laid back than the controversial “tabs versus spaces;” our debates often revolve around which way our front office door should open (because every time we leave we pull the handle instead of how it actually opens with a push) or which gray is our favorite to use for a UI’s background.

So, when I stumbled upon IDEO’s 24 More Things We Want to Redesign blog post, it got me thinking: What might Foundry want to redesign? I created a slack channel and asked for either brilliant redesign ideas or what I fondly refer to as “design gripes.”

There was a wide range of responses, from physical products like cereal packaging (seriously -- why a bag and a box?) to the entire 1950’s decade itself (told you, we’re unusual.) You might be wondering how an agency that specializes in custom software would redesign a decade or cereal packaging. I would argue that the design process, and the tools, wouldn’t change much. We would start the same way we start any project: with getting to know the users and their goals.

If we were in one of our workshops, you would have a stack of Post-its and a Sharpie to fill the walls with your thoughts on each of the empathy mapping questions. So let's run with the workshop scenario and unpack the cereal box example.

Who is our user? Well, we might have some statistics around the millennial as the top purchaser of cereal and that they are 27- 35 and 40% female and 60% male.

What are their goals? The primary goal is probably to find a quick breakfast, however, our workshop facilitator likely won't let us stop there. Maybe they have a bit of 90’s nostalgia for cereal and eat it while they watch a TV show to de-stress, or maybe they just want something sweet to eat after dinner when their kids go to bed.

What do they see? For this one, we could really fill up a poster with stickies:

What do they hear? That's right, keep post-it-ing!

What do they say/do? Last round.

Business Priorities or "Constraints," if you will

During this part of the workshop, we need to get a bit grounded in either the business problems or the pain points we have been tasked to solve, and prioritize which are the most important. After talking through the many things the client would want to do, we might pull out some dot stickers and let the stakeholders vote for what they believe are their most important business needs. In the case of cereal packaging, those might be things such as:

With our users and business goals in mind, we can now let our creativity reign. This is the point in the process where we get to think divergently and come up with all kinds of ideas that come to mind. When working through ideas, we embrace the “yes, and” philosophy, encouraging participants to add onto ideas rather than shut anything down. Who knows, maybe an idea starts out a little crazy but by the end of “yes, and” is actually pretty exciting! This stage’s divergent thinking allows everyone to relax a little and throw out ideas. Or half ideas. Because you never know when you might be onto something with that half of an idea.

Eventually one idea will garner enough excitement that we know it's time to push it forward, polish it up, and see if we can make something of it. Although it may feel like the end, after cleaning up the idea, we may go back to the whiteboard or it might just work -- that's the fun part about design!

From Software to Cereal Packaging

At the end of the day, design is design and the process is often the same; get to know how the thing is really used (not just how you want it to be used), address any constraints, divergently think about potential solutions (the wilder the better), and then converge on the best idea. 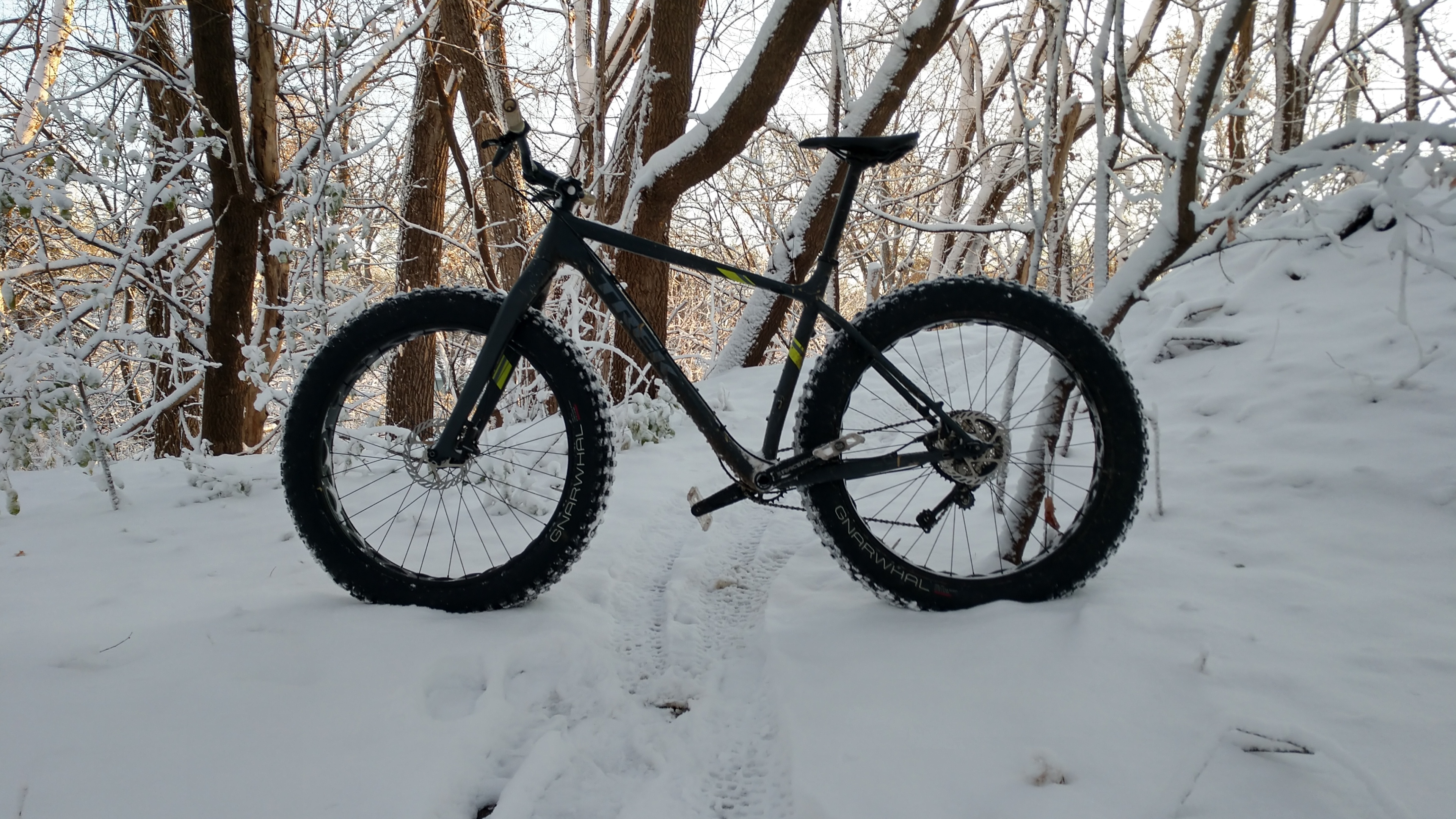 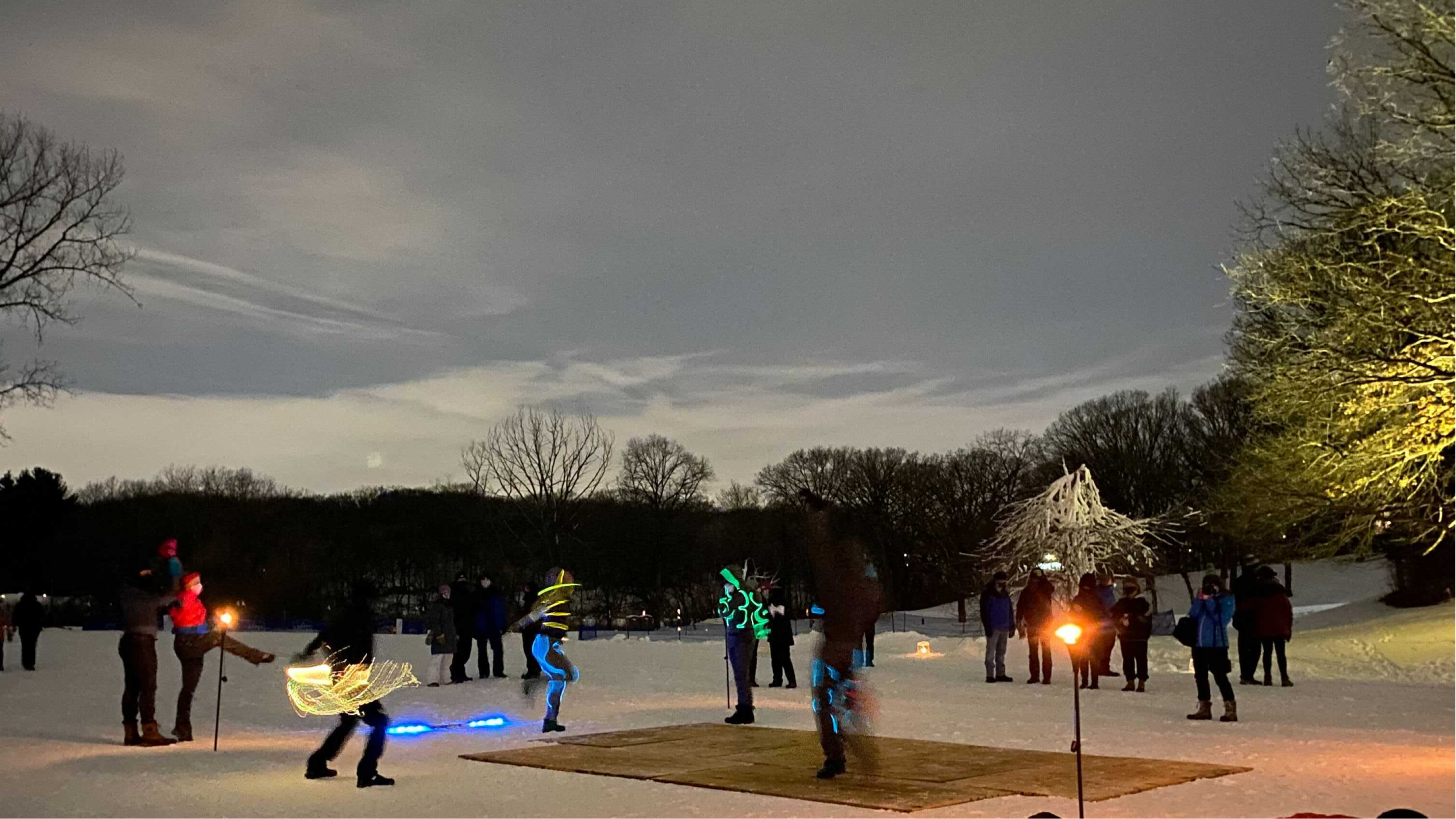 Luminary Loppet at Theodore Wirth Regional Park. An annual event as part of The Great Northern Festival, it’s a fairly magical celebration and a great way to interact with the great outdoors during winter. 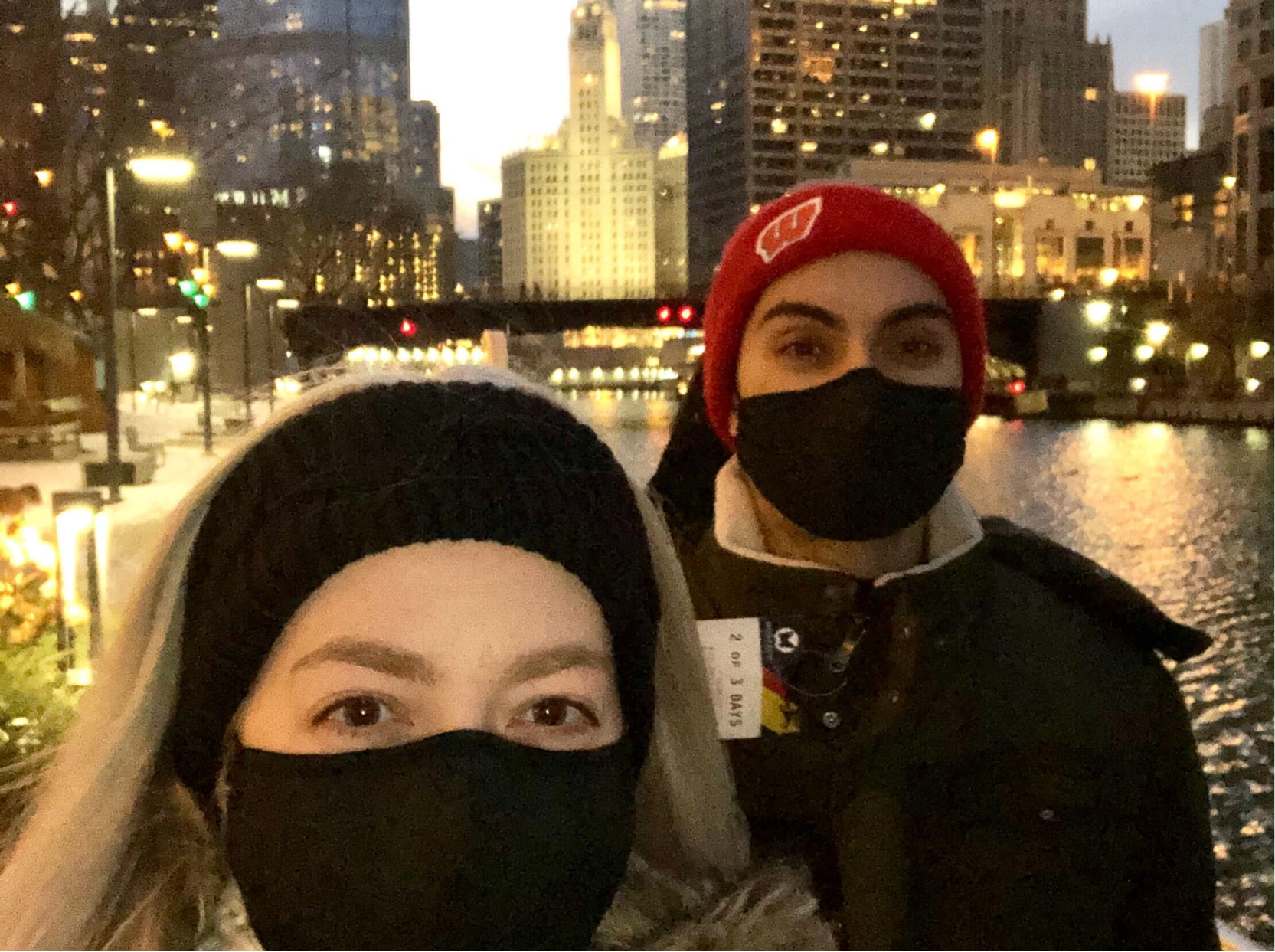 One of the best parts of moving to a new city is exploring it by foot. This is the Riverwalk in Chicago. 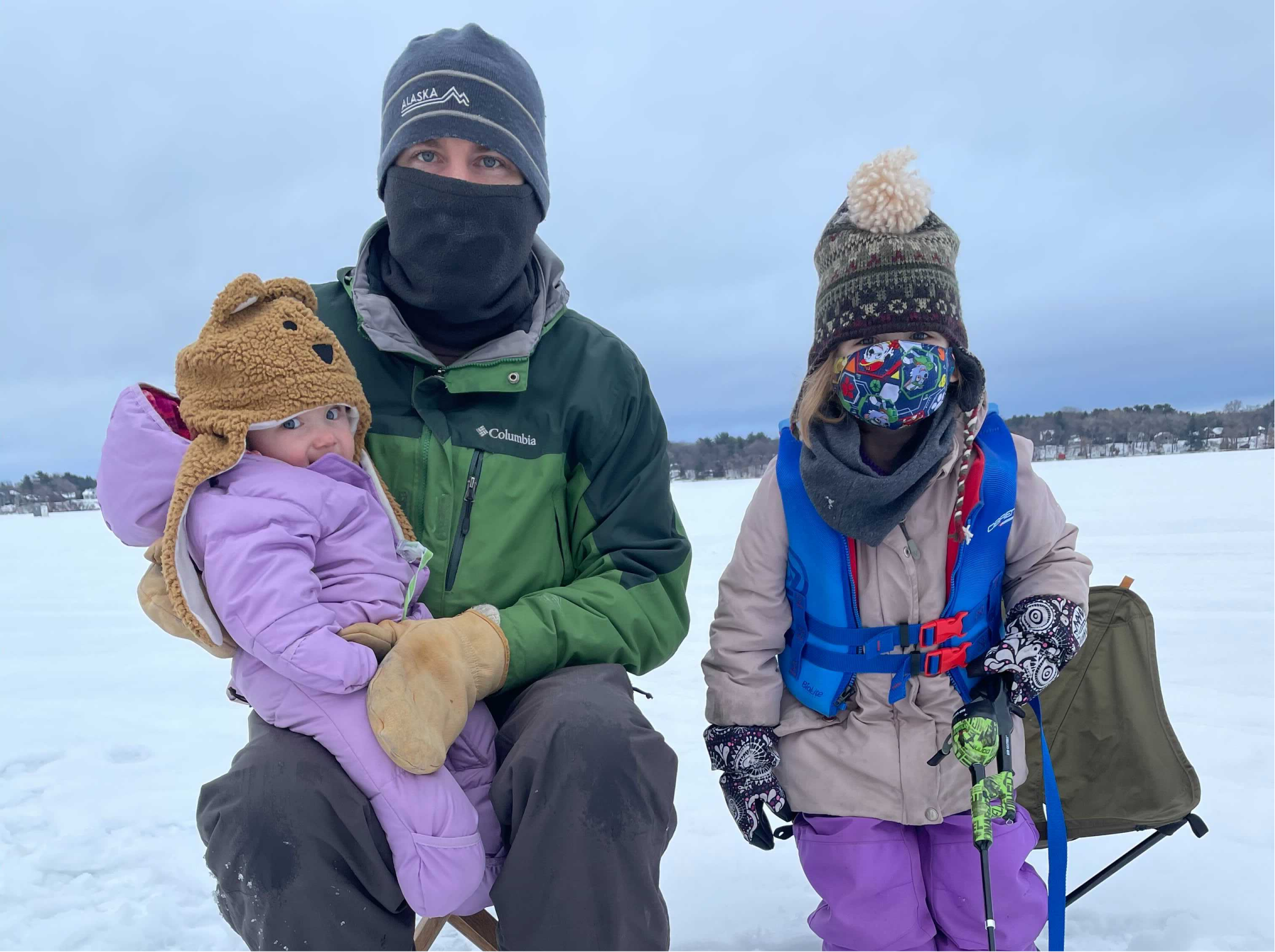 We had no idea how to ice fish, but you only turn five once so we bundled up and had an adventure. 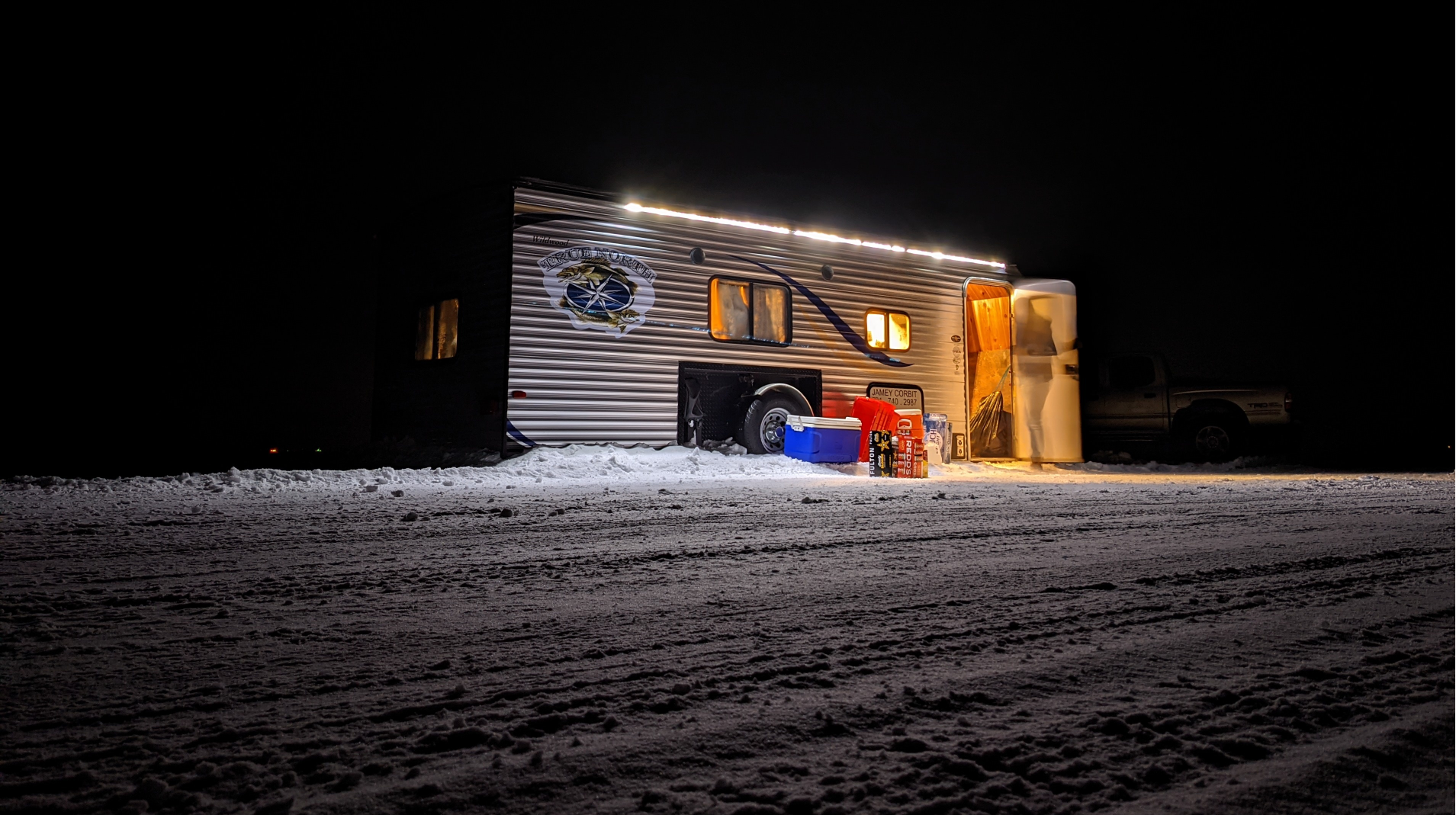 Ice fishing on Lake of the Woods

Our shanty was at this spot on the lake. It took us 30 minutes to drive out to it. And we almost didn’t make it because our guide was the polar vortex equivalent of a Mad Max character and he insisted driving 60 MPH. We were riding in a Prius so it was difficult to keep up. 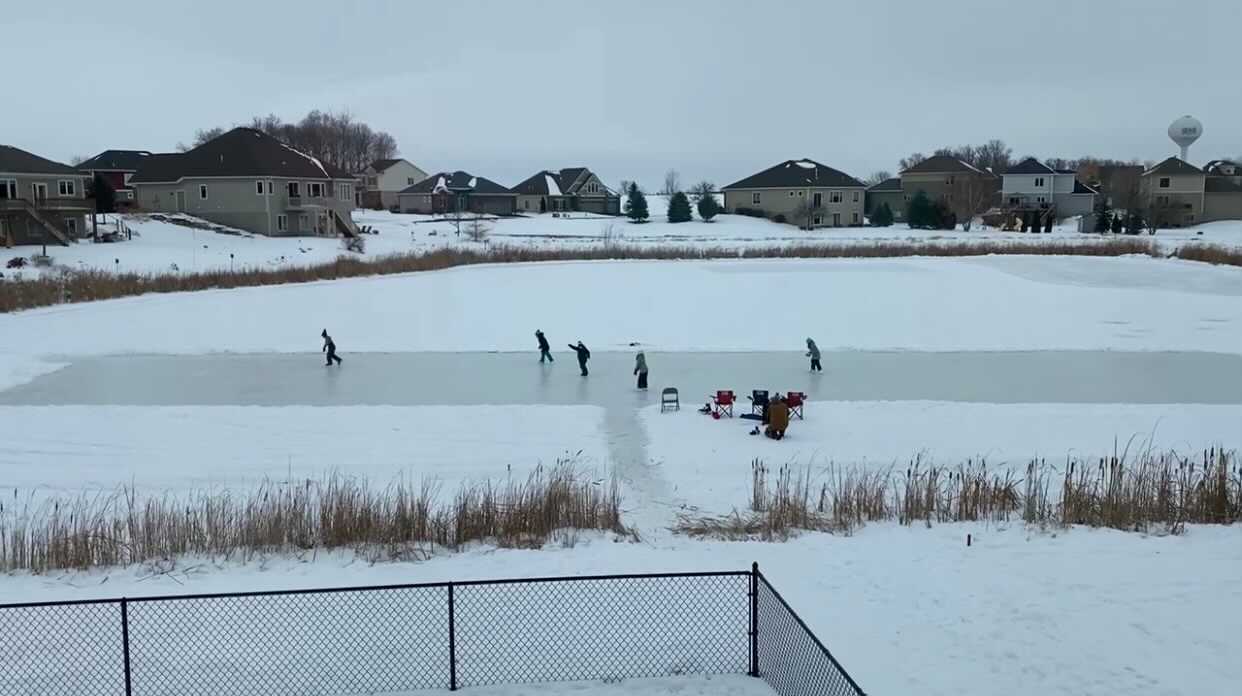 2021 Winter (so far) has brought the following…
1. Many hours of iceskating with a shiny pink cast on the wrist of my 9 year old
2. Lots of playing fetch for our lab
3. My first time snowmobiling! (I’m hooked) 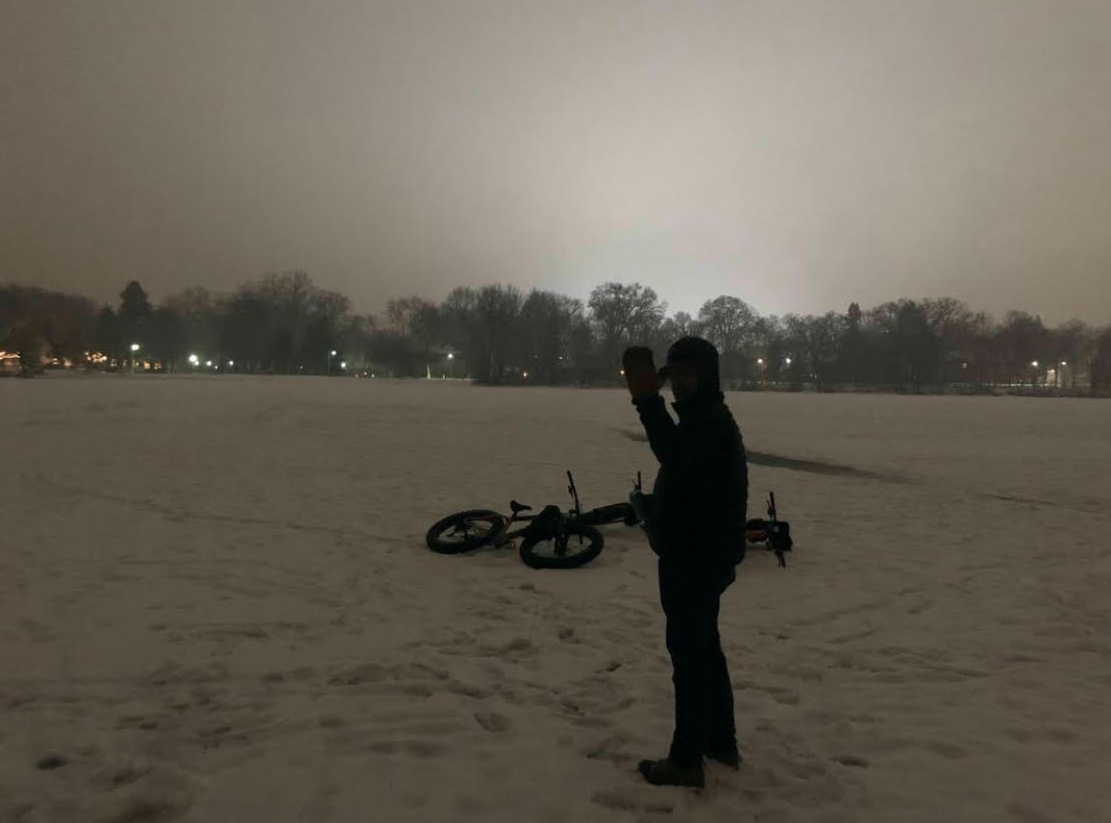 No greater way to enjoy Minnesota lakes in a new way than biking on them while frozen. 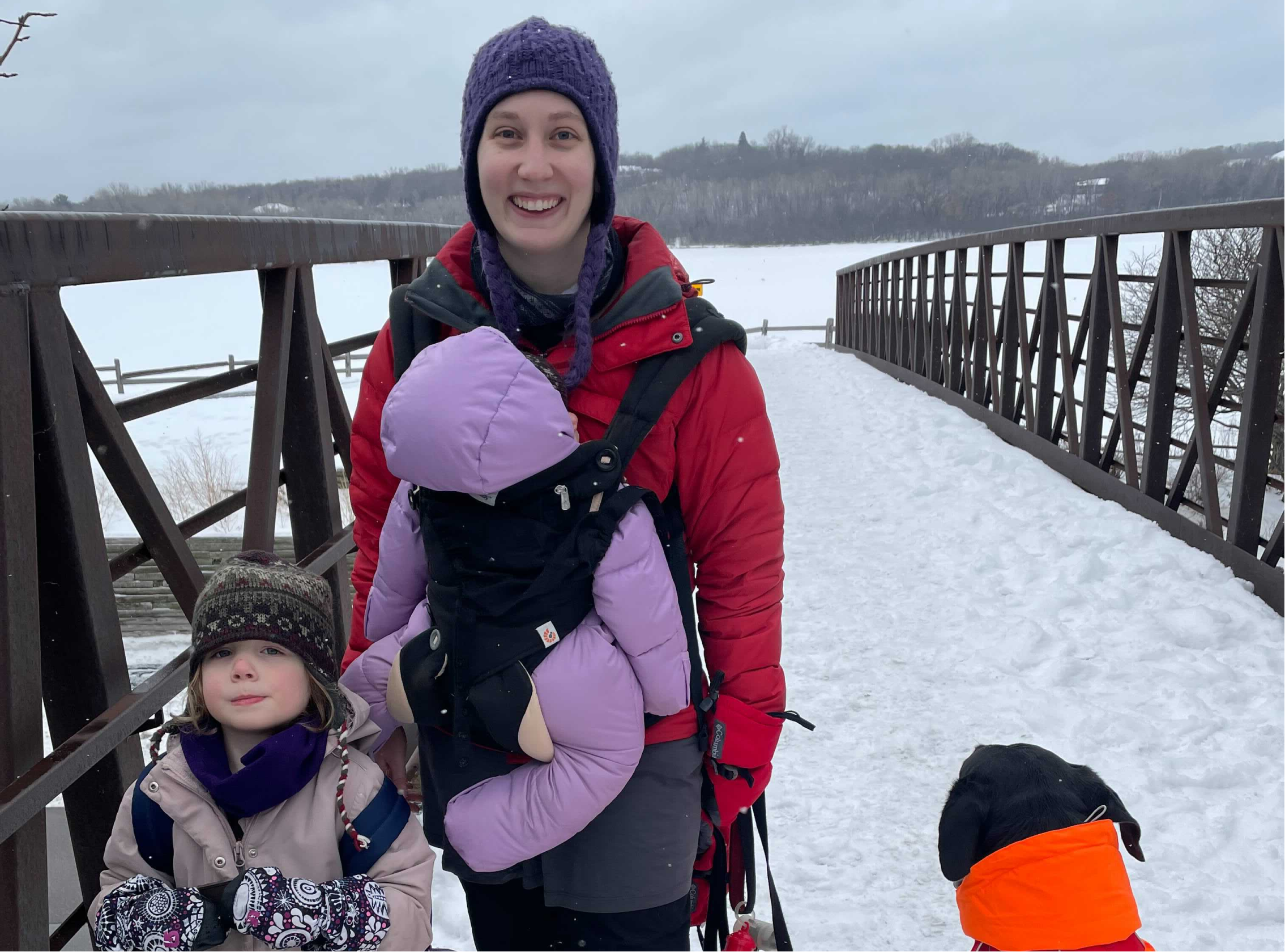 Winter geocaching is a great way to stay warm and explore favorite places around the city in a new way. 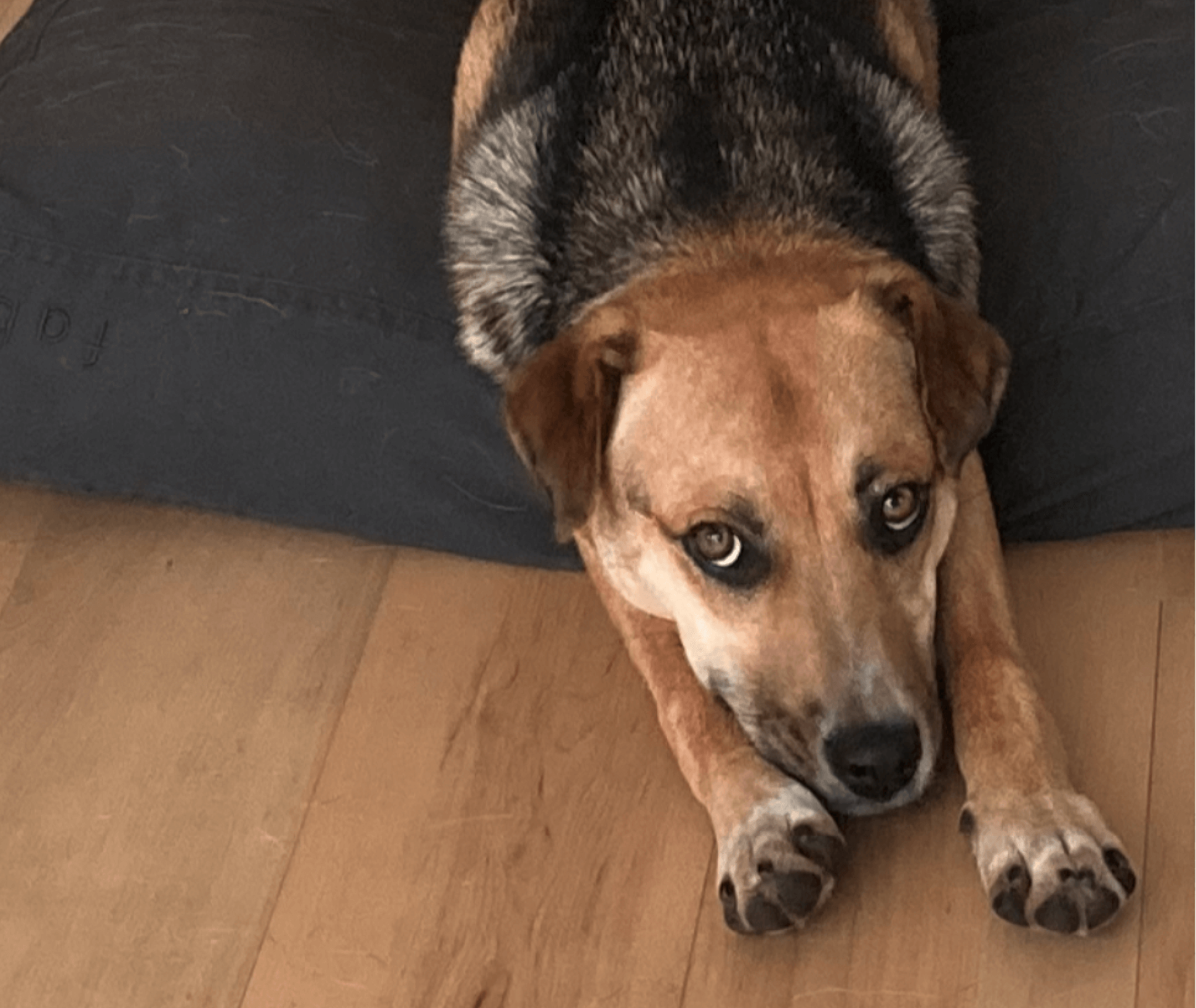 This is Benke (pronounced ben•kuh). He's a one year old rescue. He's afraid of big bags and loves cuddling on the couch. 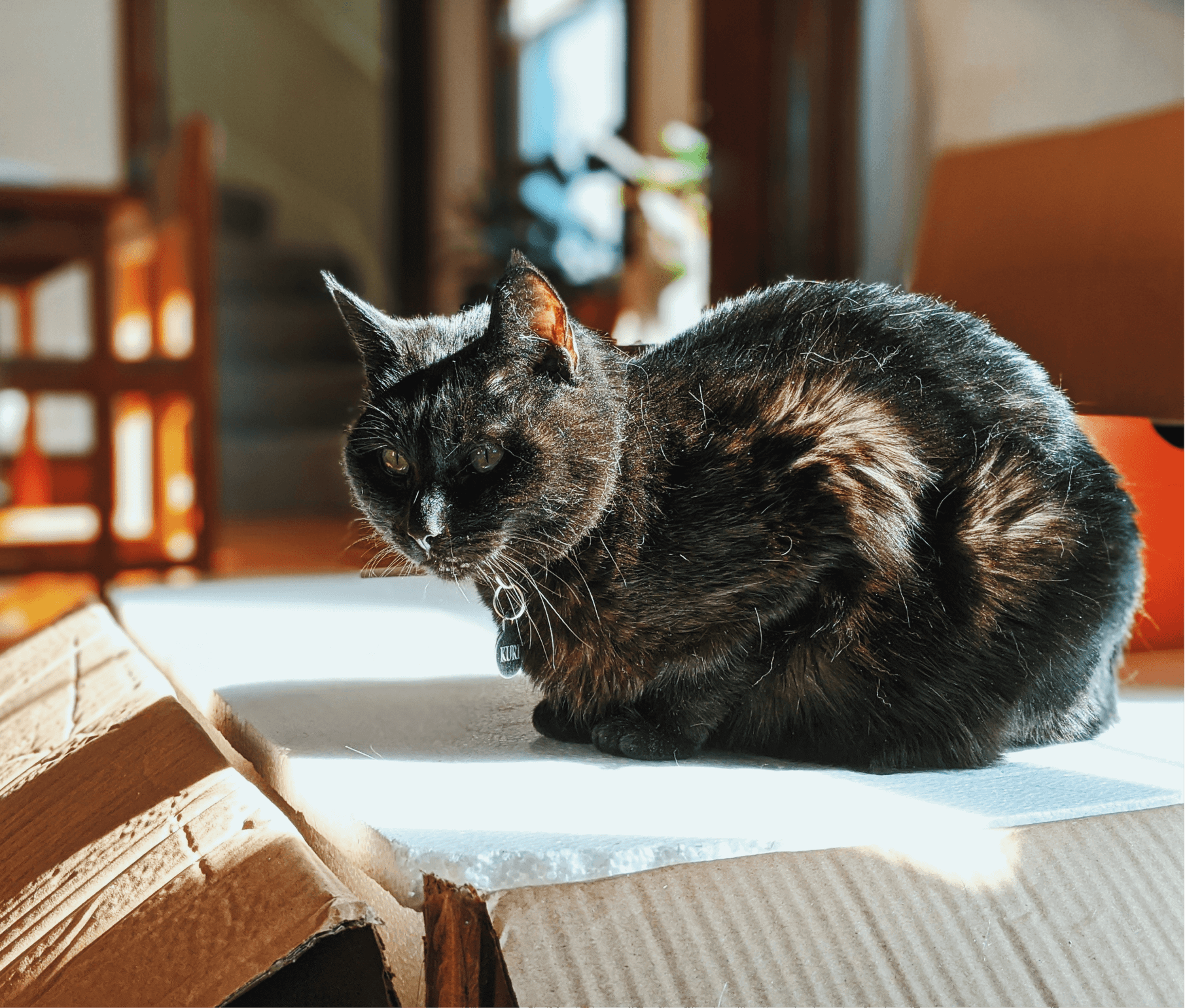 Kuri acts more like a dog than a cat. She once found her way into a drywall resulting in us having to cut through our wall to get her out. She has lived in several countries, and 9 different houses/apartments with me. 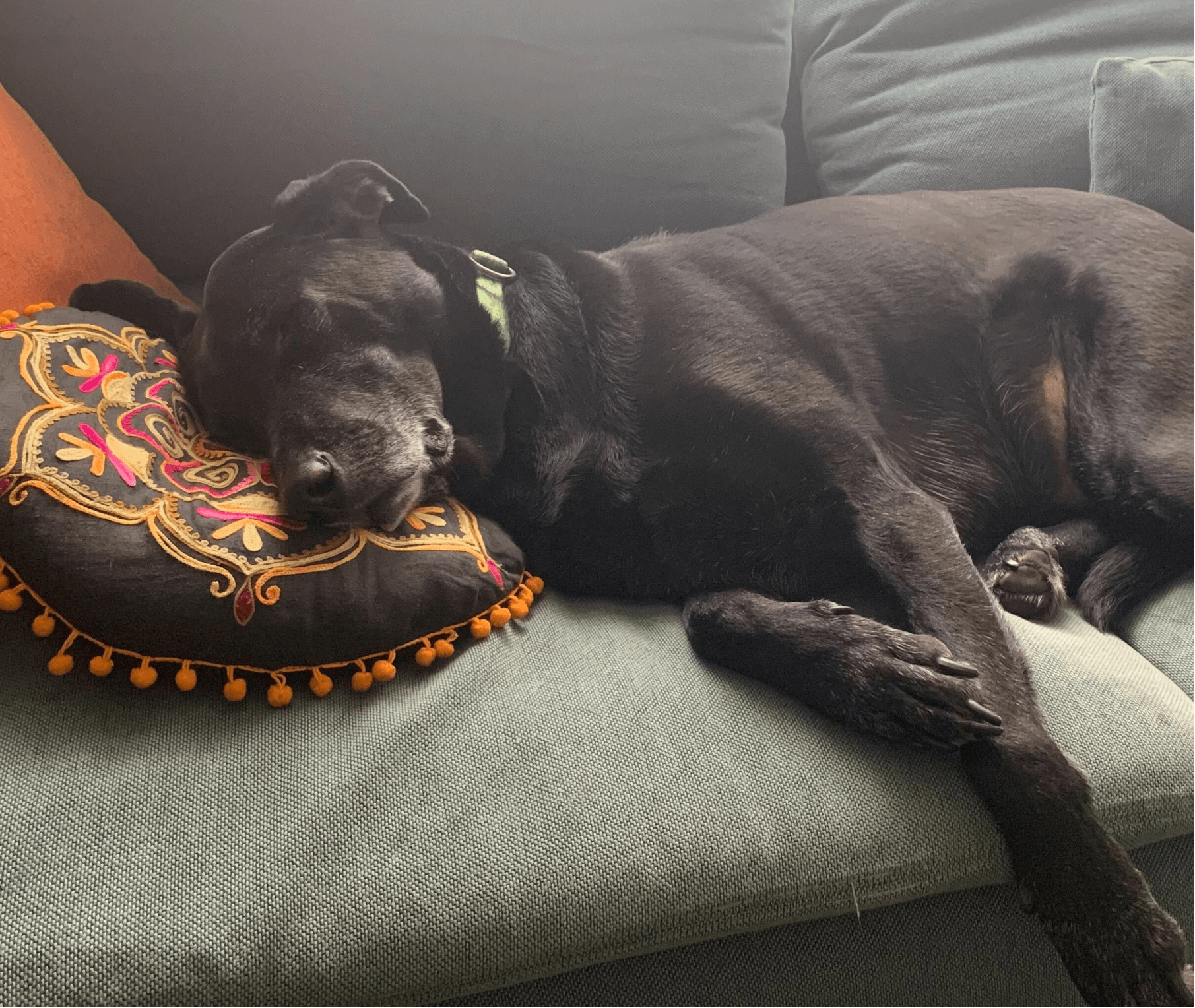 At the first glance, he may appear a tad dopey, but once you get to know him you see that his charm is that he is a love-able lug that just wants to be a part of the pack and please his humans. Getting up there in years, you will find him asleep in whatever room the rest of his humans are in. 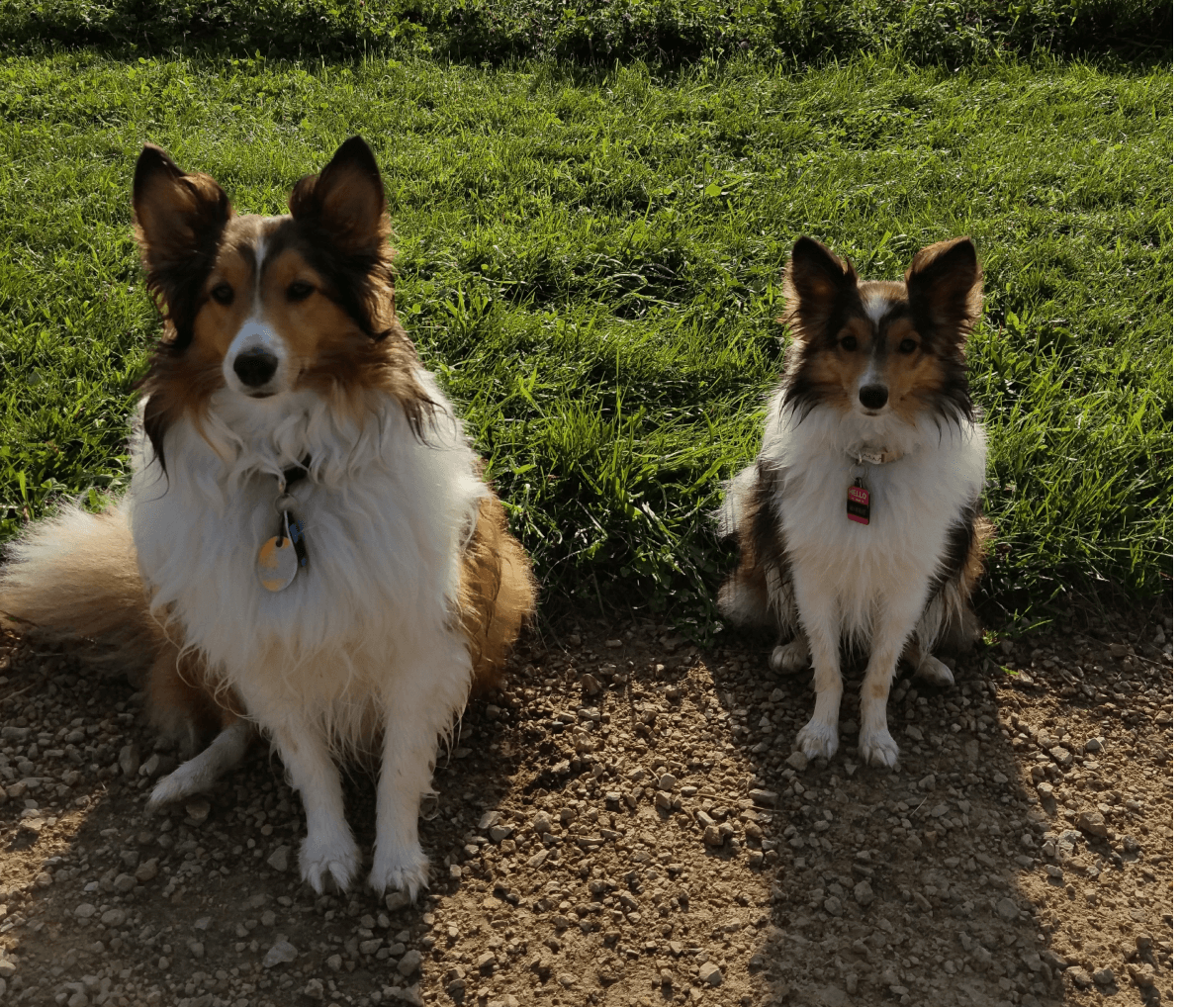 This pair of energetic pups love to bark at seemingly nothing. With kids around and a constant need to eat anything that hits the floor, you will often find Lou with food somewhere in his fur or Winnie with the occasional popcorn bag on her head. 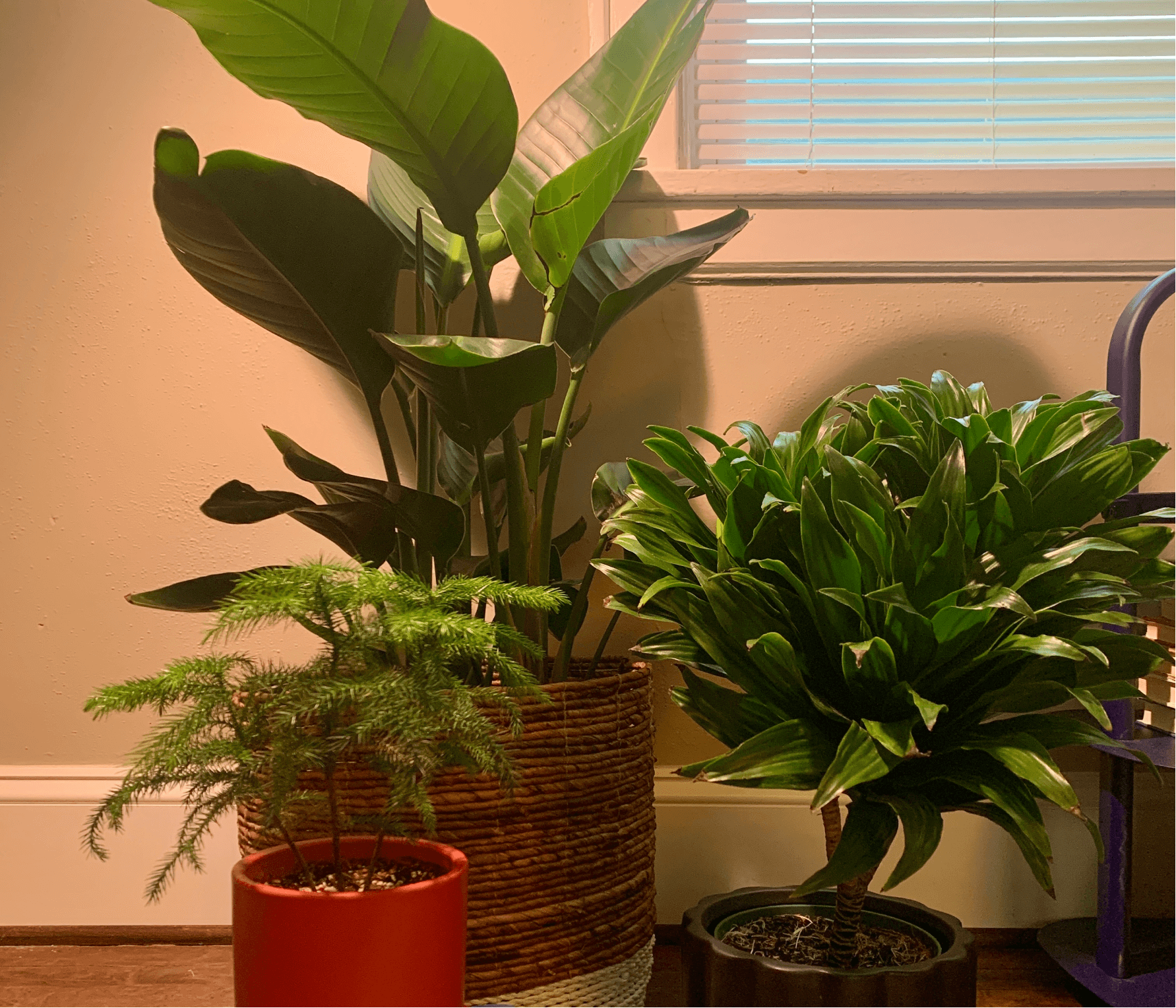 Here’s my cool, calm, and collected bunch. This is Nori (a Norfolk Island Pine – left), Dee (a Bird of Paradise – back), and Janet (a Dracaena Janet Craig – right). Despite their tropical roots, they seem to have adjusted nicely to their Minnesota home. 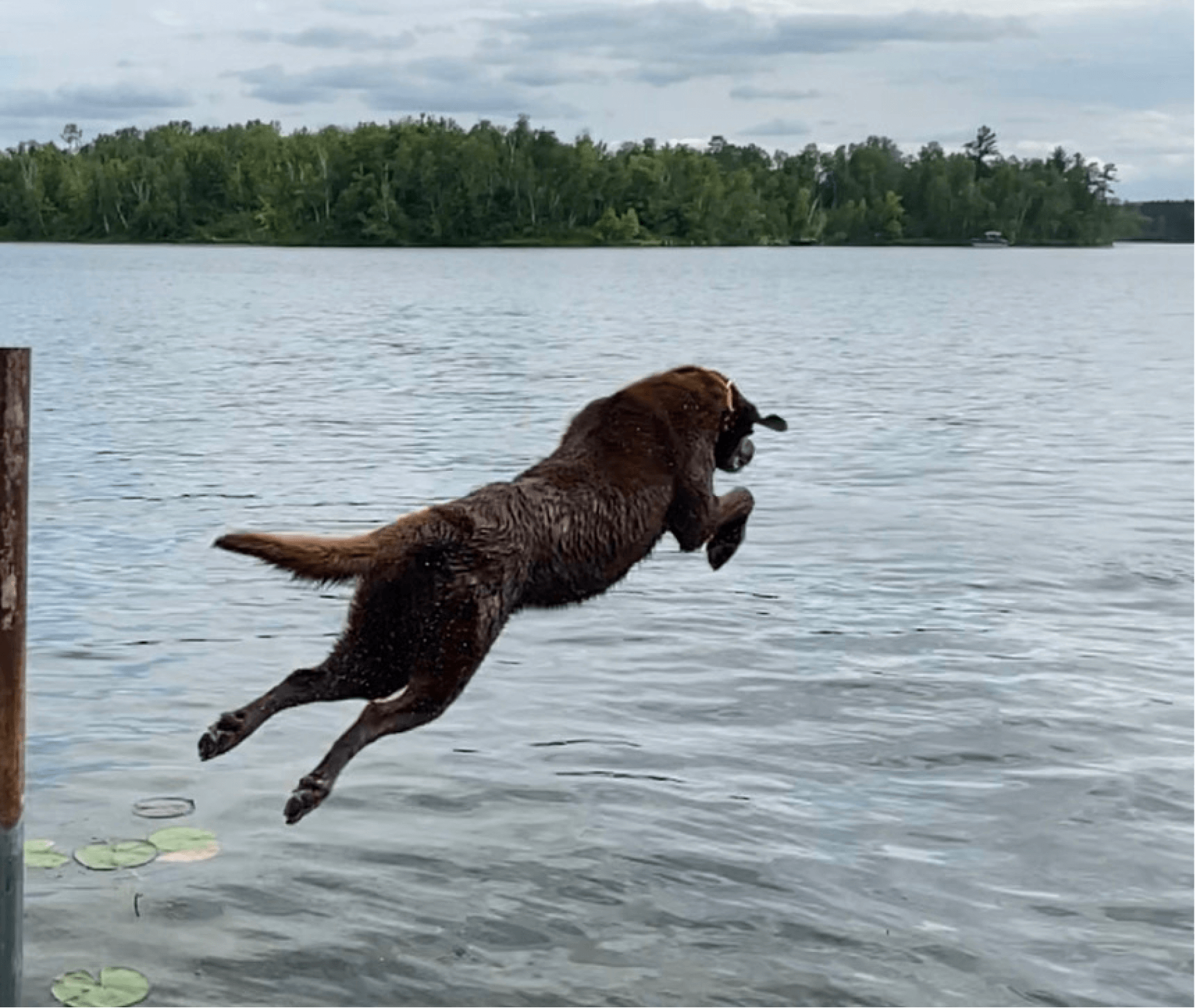 Cabela enjoys long walks in the park, hunting for pheasants, grouse and crumbs off the floor. She can nap just about anywhere but she is a champion dock jumper. Flying through the air at the ol’ age of 10 just makes makes her feel like a young pup! 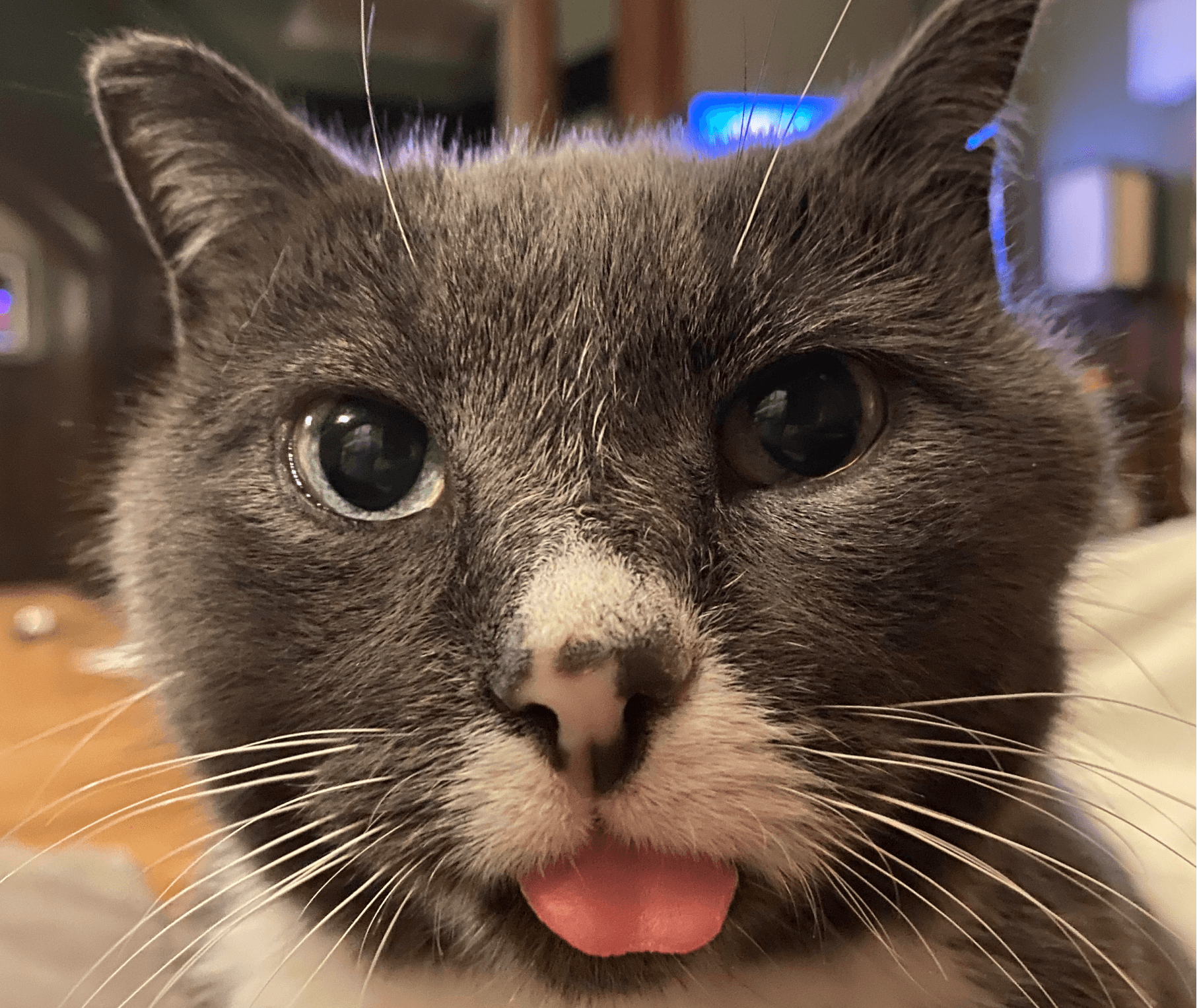 This is Groucho, my adopted stray cat (we checked for previous families.) He started following me while I was walking our dog. We fed him for a winter, a summer, and another winter, and only then he finally decided to let us bring him inside. This is a particularly glorious BLEP he gifted me that lasted several minutes. 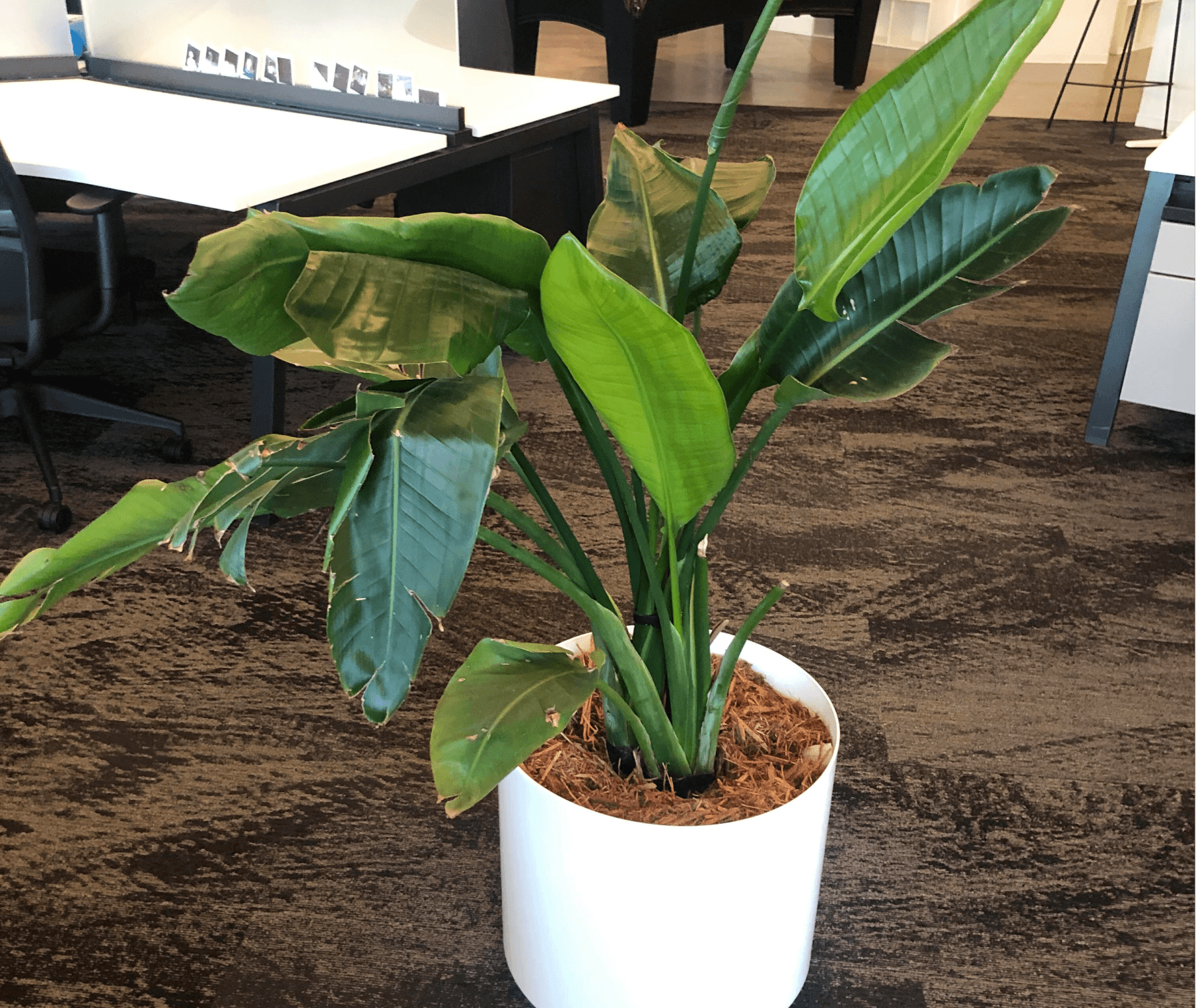 This is Jerry. I mean what else can I say? We love him and are glad he is faring well, even while at our Foundry office. 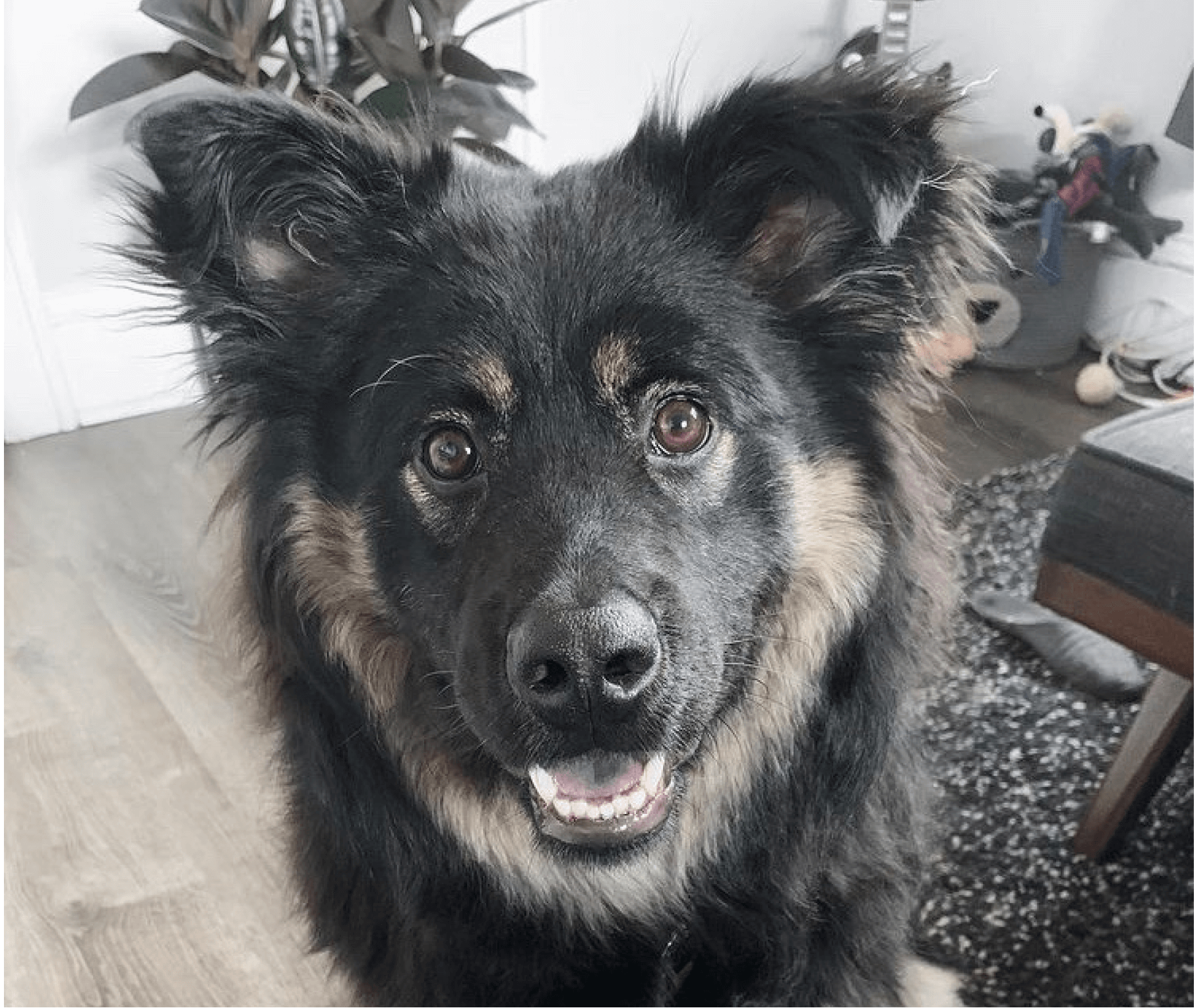 Hunter was found alone in the middle of a freeway when she was 8 weeks old. She’s a year and half old german shepherd/chow mix. She enjoys attention more than anything: from dogs, cats, people, you name it, she wants to be your friend. Her favorite toys are extra small...preferably cat toys. 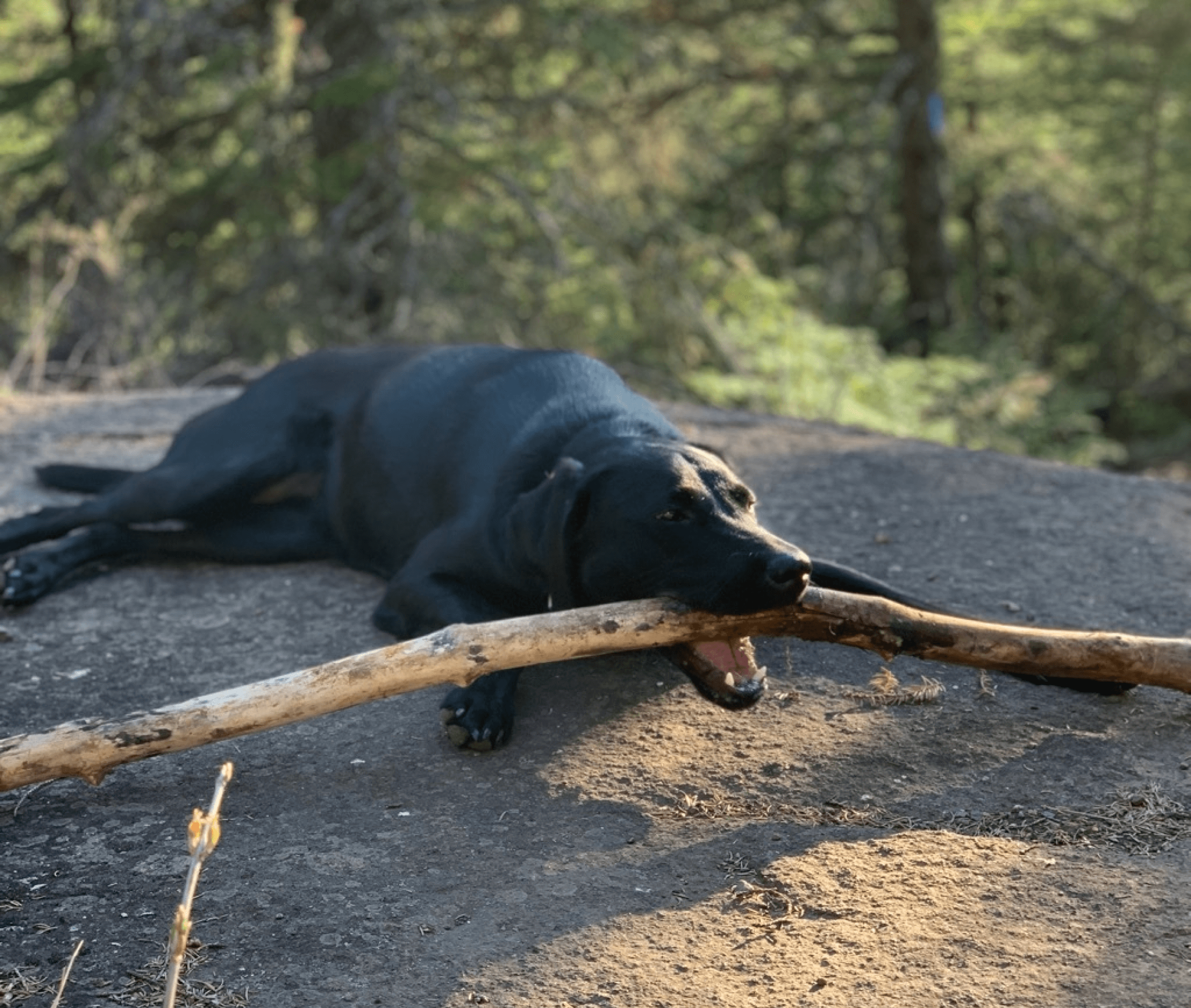 Meet my dog. She makes no effort to help around the house, and gets depressed on car rides. Her Olympic level shedding is world renowned. When she’s not trying to get me to play instead of work, she sleeps. And sleeps. Her hobbies include barking at people we pass on walks, removing her toys from the bin and evenly distributing around my office, and tricking me into feeding her dinner twice. 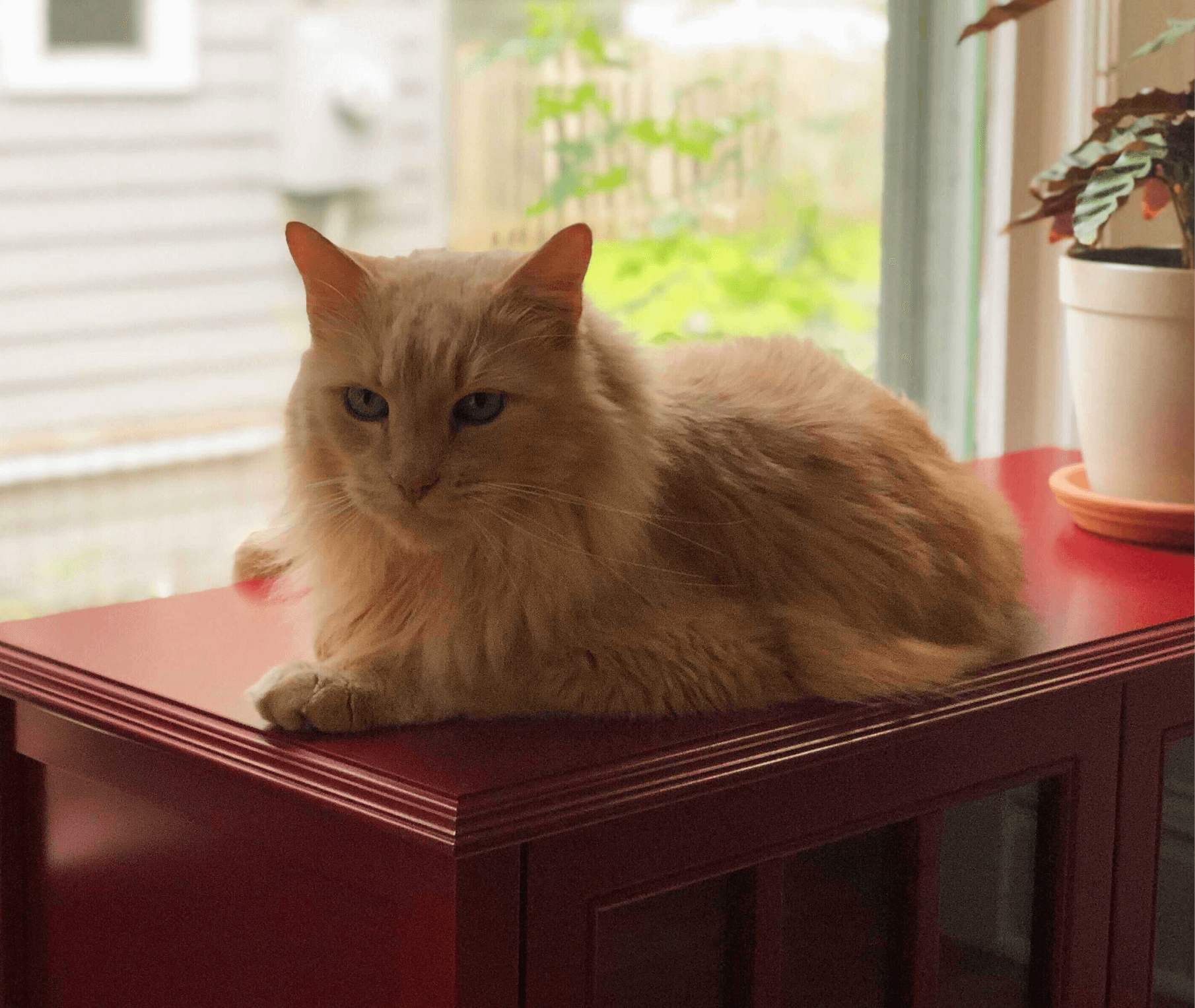 As much as I hate to admit it, he runs the house. He even has his own bedroom and sleeps all day on his queen-sized bed. When he’s awake, he wrestles with his brother, but it’s hard to tell whether or not he’s having fun. He also yells at his humans constantly for food when his bowl is clearly full. He won’t eat if he even sees a speck at the bottom of the bowl. You know, cats. 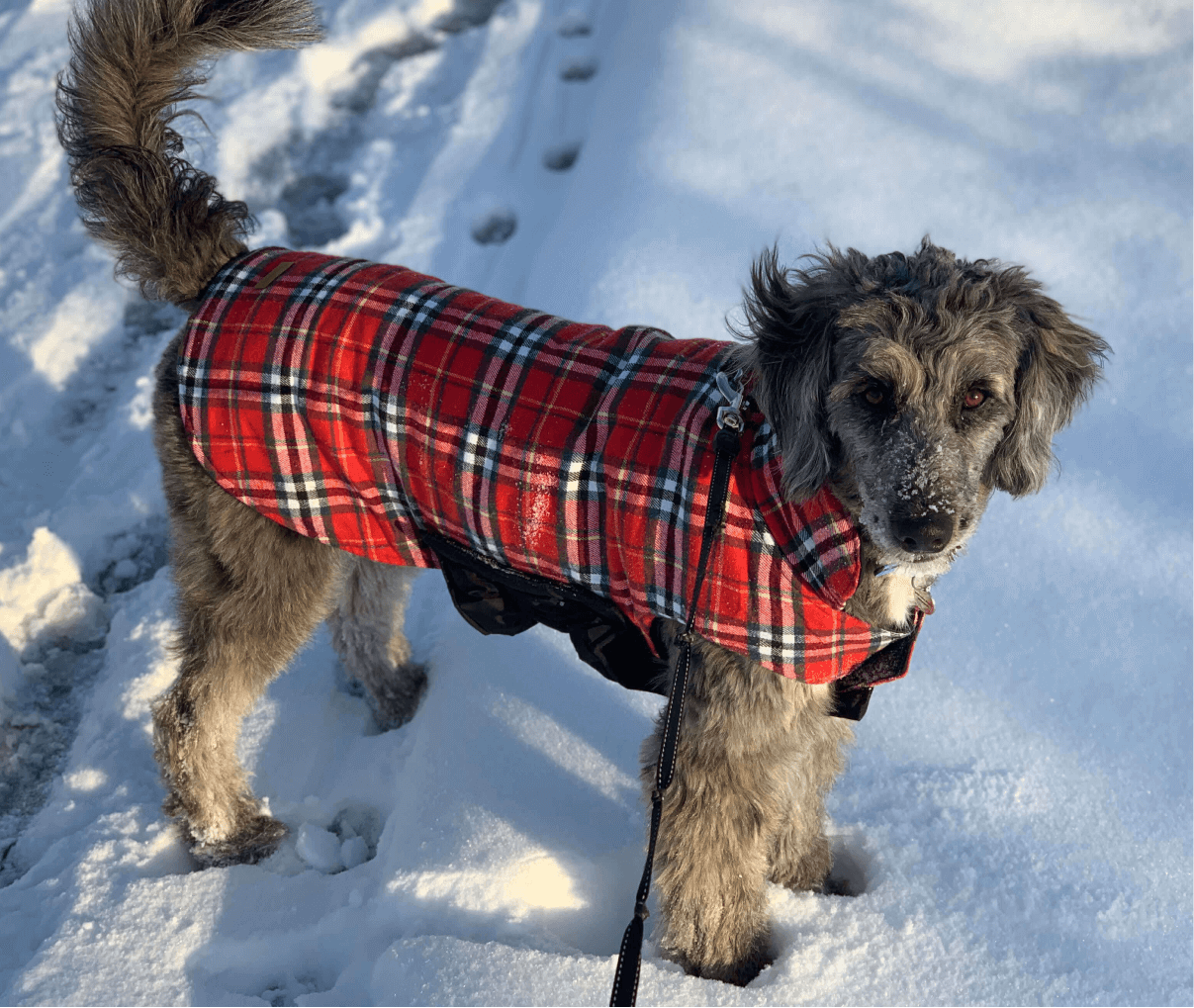 Together with Io and Callisto (Europa's cat siblings) they almost complete the set of Jupiter's four Galilean moons. We Just need Ganymede... 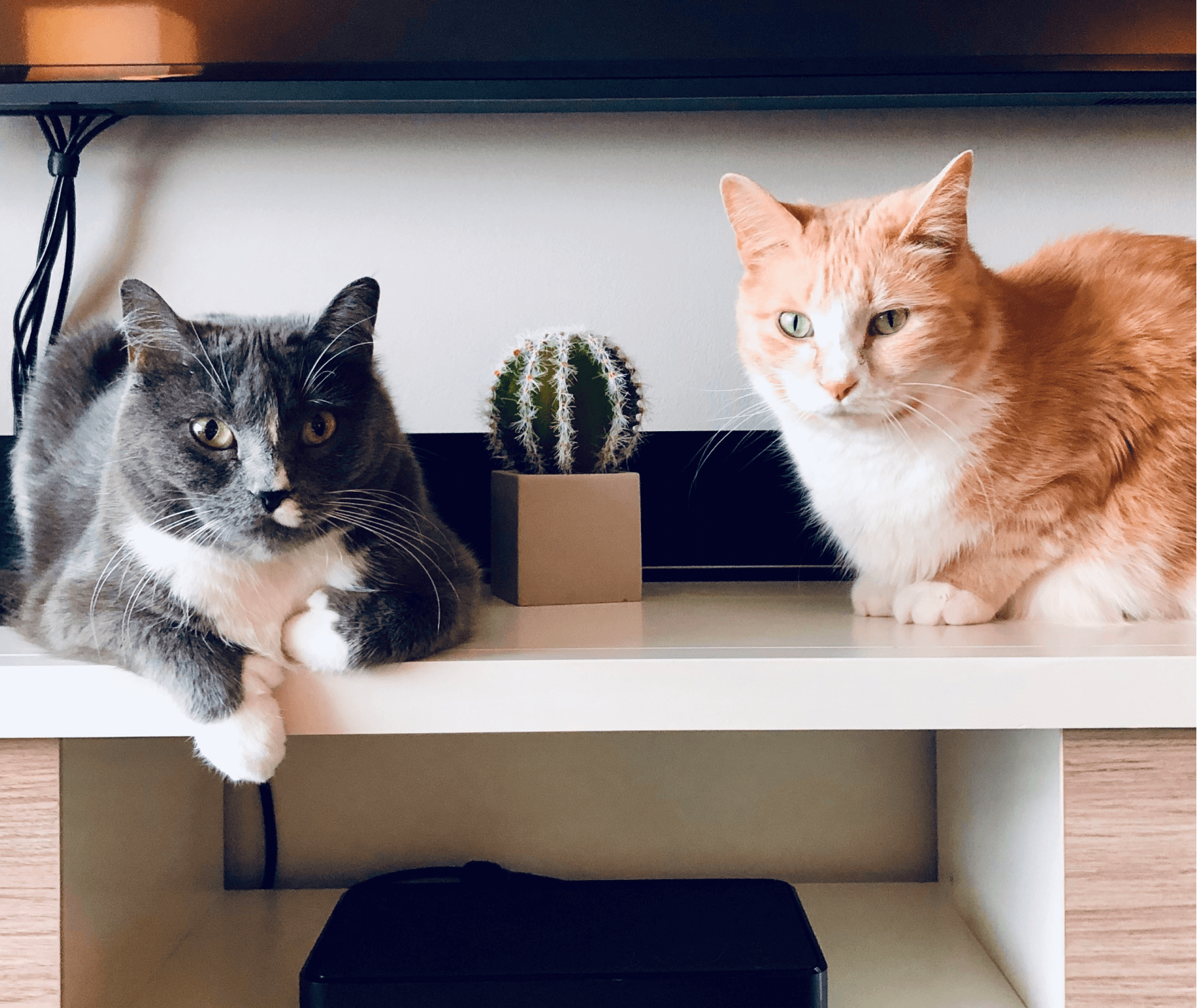 When they’re not chasing each other in circles around the apartment, Oliver enjoys sitting on laps and Rachel enjoys biting feet. Rachel uses her extra thumb to get an exceptionally good grip to scratch furniture, while Oliver prefers to serenade us in the middle of the night with a variety of his greatest hits, including “Mrreeeeww” and “Brrrrwwoowww”. 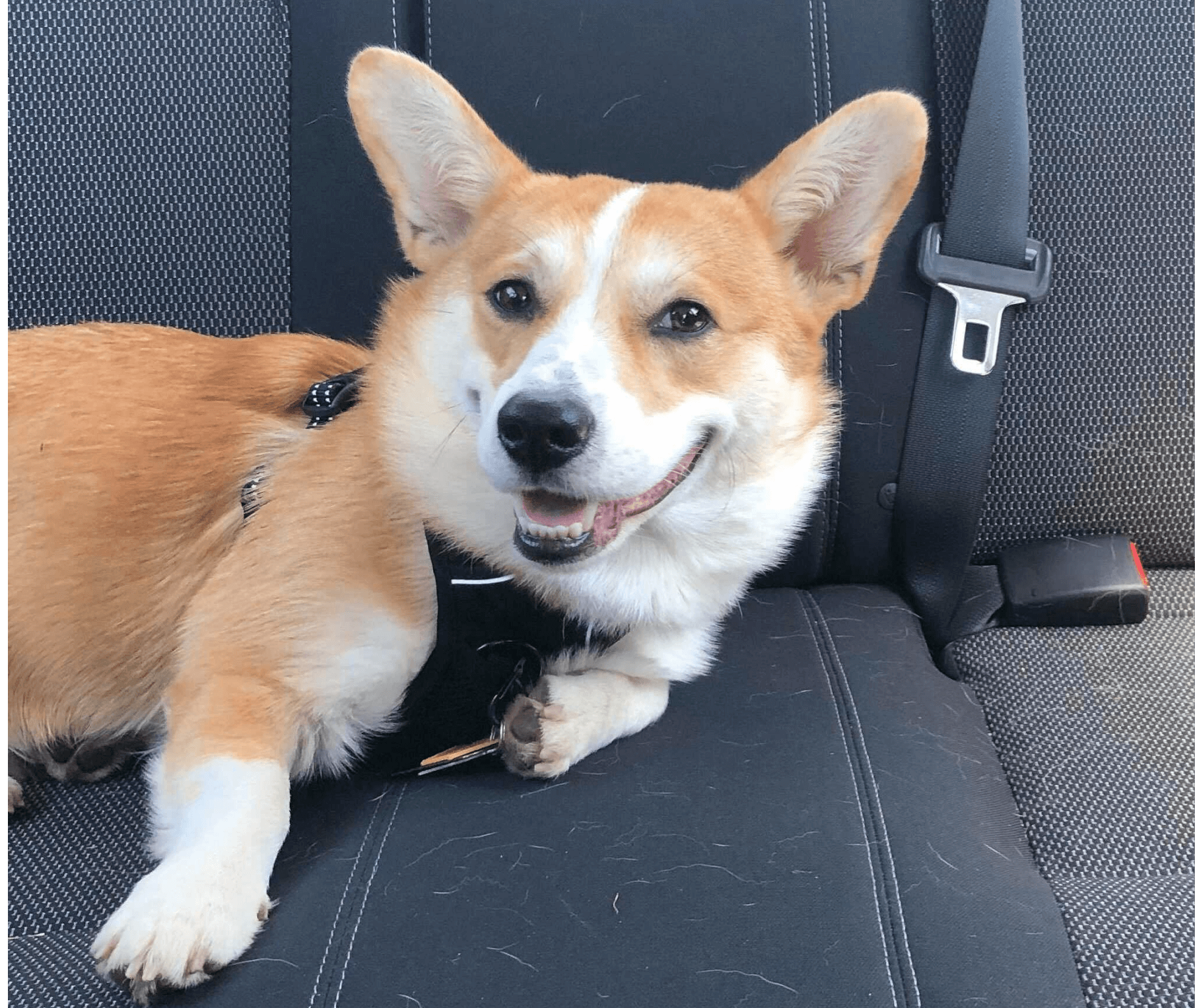 This is Podrick. He’s a happy, smart, and stubborn corgi with a passion for blueberries (and anything that his grandma sneaks him, really.) He prefers humans over dogs, but he’s pretty good when it comes to the ladies. In his free time, he enjoys destroying toys, harassing his brother, napping on the couch and borking at nonexistent sounds. 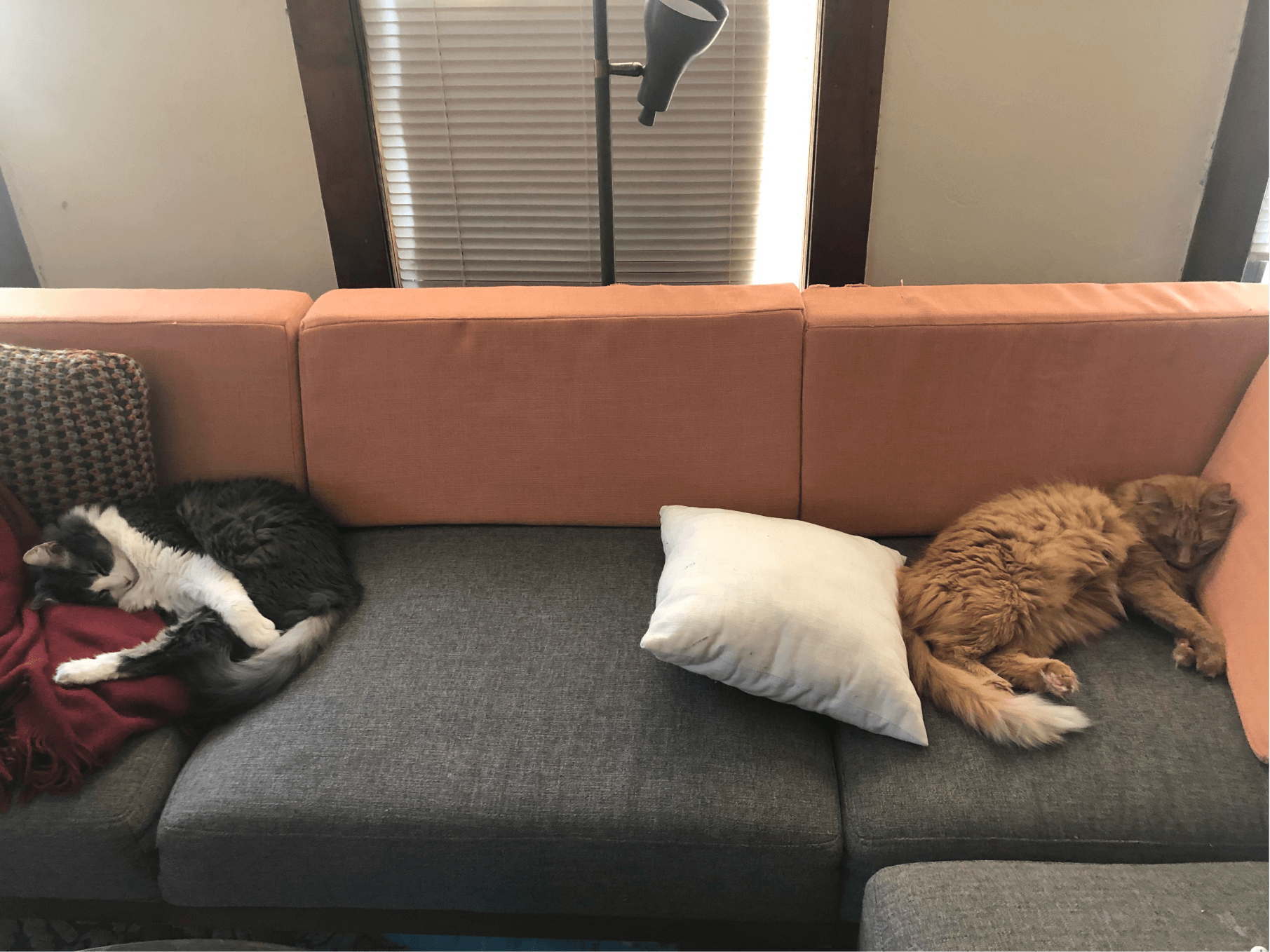 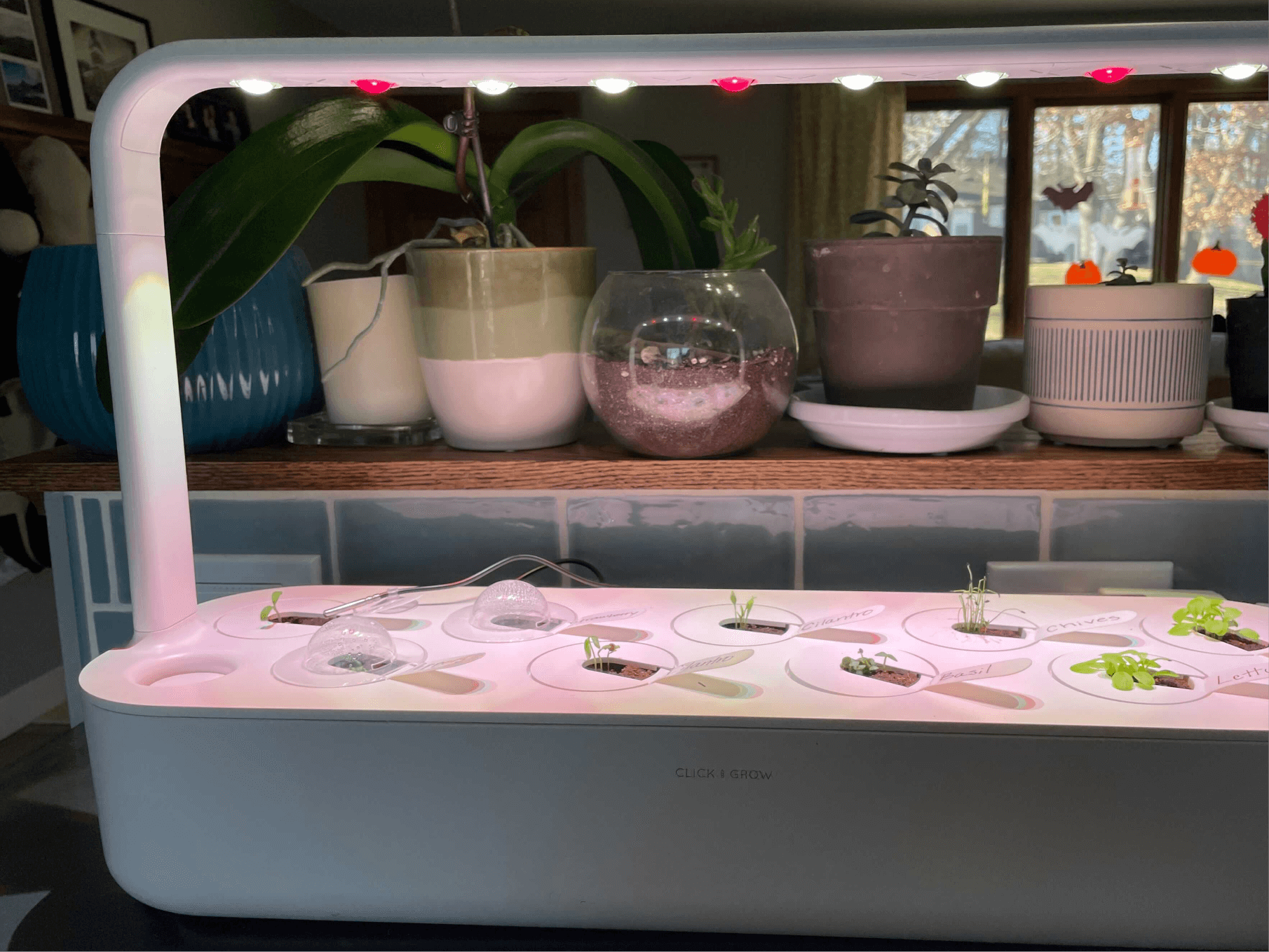 This is Baymax. We have tried multiple times to grow our favorite herbs and have failed miserably... To our rescue is our new buddy, that helps us grow our herbs and vegetables. With Baymax’s help, we hope to have cilantro to add to our dinners! 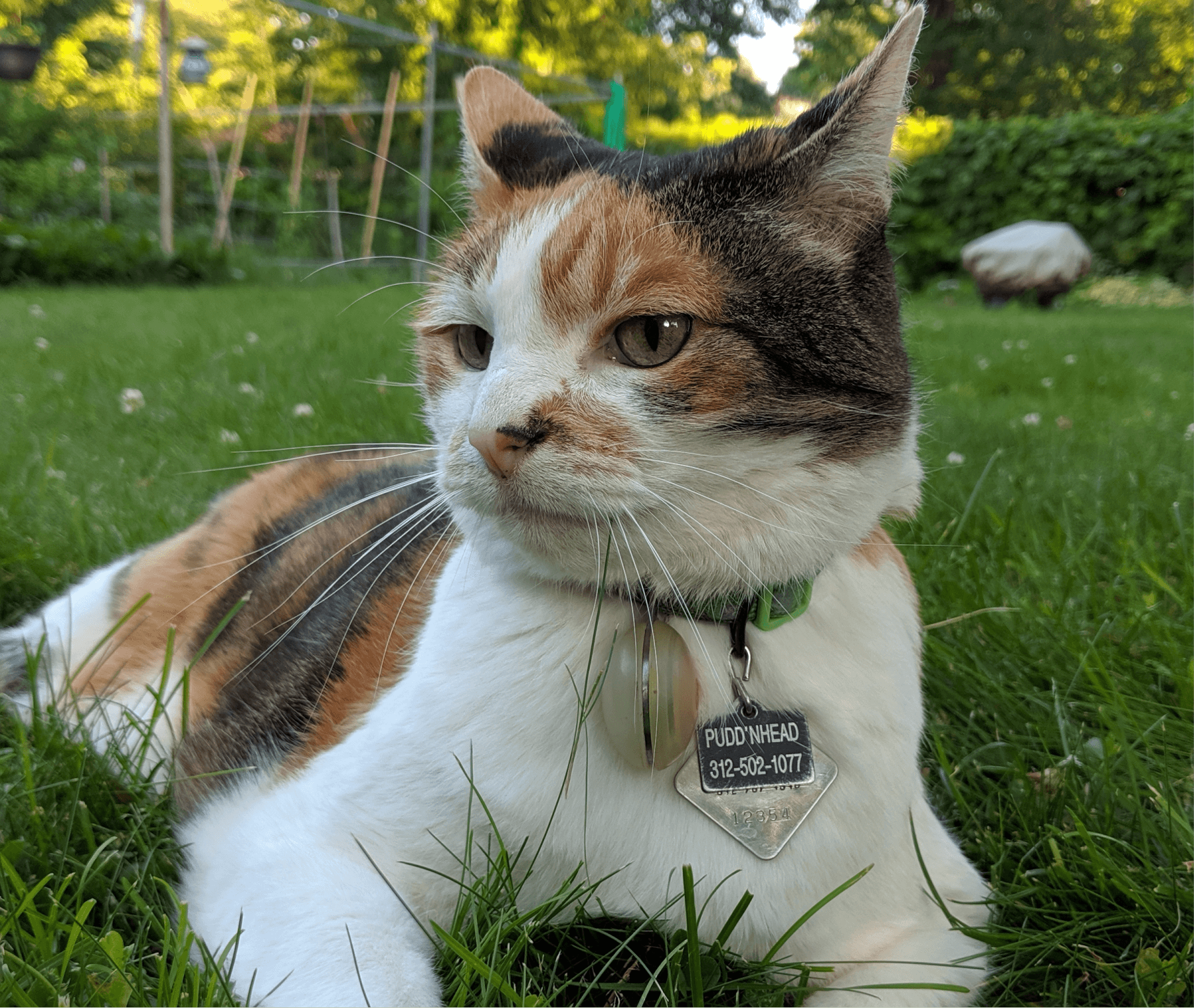 This is Pudd’nhead. She is a #cat.
- Jason Spidle